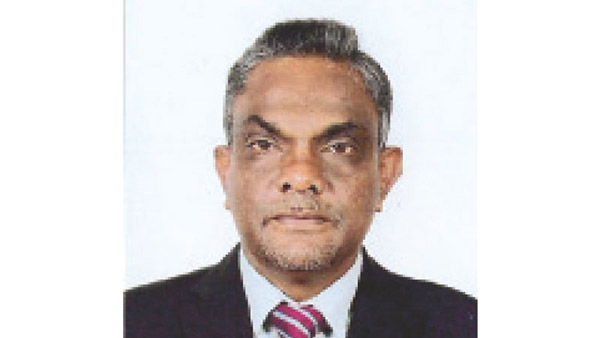 Supun Thalagoda began his rugby journey at Dharmaraja College aged twelve, first played for the under 15and 17 teams. This scrum half also played in 1978 for 1st XV under late Thilak Jayasundara’s, then in 1978 and 1979 under Milroy Mendis Leadership and 1980 under Hemantha Yatawara. As a player he gave his best for the game of rugby and captained the Dharrmaraja College team in’1981 and was able to win colours and also was the winner of the highest award of the school Dagoba.

He was a natural leader on the field and a classy scrum-half who excelled with his passing game, while his kicking has been vital too.

His slick all-round game was matched by a true winner’s mentality. Supun was blessed with superb speed and strength and formed great half-back partnerships for the teams he played. He was a diligent player who worked hard to improve his game, he had technical skills during his playing days and developed his game . This opportunity helped him to do wonderful things with the oval shaped ball.

When talking about early influences or coaches who have given him a good understanding of the game, it was school master Lal Kumarasinghe who teached him at junior and senior level and put him on the correct path, and later for the senior side it was Jadi Dissanayake, Lanil Tennakoon, Deepal de Zoysa, were the coaches who helped him to improve his game and have a good understanding of the game

He is a long time member of the Old Rajans Rugby Football Association;he and a Committee Member – since commencement and held the positions of Treasurer, Secretary and President. After his retirement from playing as scrum-half this highly-respected player who gave his best for the game, still gives big support for the game where he earned a name like his brother Upul Thalagoda who was another top player.