They say that you will never see

A poem lovely as a tree.

An old song dedicated naturally to trees everywhere. They are so much more important than most of us imagine. They are indeed the life blood of many animals, an Australian example being the Koala bear. It was under the sacred Bo-tree that Lord Buddha attained enlightenment. Trees are the homes of millions of birds that build their nests in them to raise their babies until they are ready to take wing

and the humble bat finds trees on which they hang upside down all day, waiting for sundown before taking off.

Trees are necessary for our World to exist, but sometimes, unfortunately, they are cut down leaving huge logs that end up as common toothpicks.

The man who is designated to be the next King of England talks to the trees in his garden, believing that they will listen to him and grow abundantly.

There are very special trees.To name just two in the tiny Island of Sri Lanka, the Breadfruit tree which boasts fruits which sprout from its very trunk, making it easy for the folk over there to pluck them off for an easy quick meal.

Then there is the common Coconut tree, which is actually most uncommon, in that there is NOTHING of the tall palm that is not put to good use. Not an inch of the old coconut tree is wasted.

And now we have this tree, with a 3200 year history, sent in by a guy named Maxie, and if you think my poetry is good, just take a gander at this wonder that he wants us to read and take asunder the secrets of the

As the song says it…` There is NO poem..like a TREE!

3200 YEARS IN ONE PHOTOGRAPH

Thankfully, no loggers took it down, nor forest fires or earthquakes!

Just a quiet life in a California forest for all these years … ï 3,200! 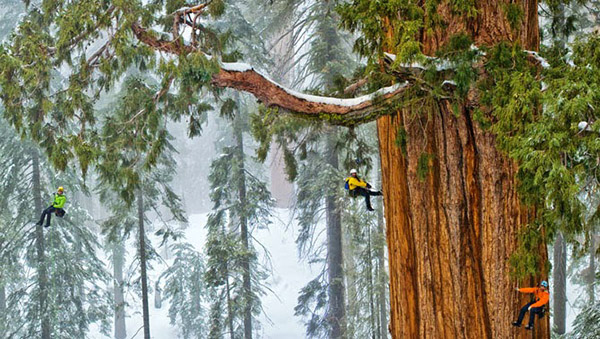 Not every tree has a nickname, but ‘The President’ has earned it.

Imagine, this tree was already 700 years old during the height of ancient Greece’s

civilisation and 1200 years old when Jesus lived while Rome was well into its rule of most of the western world and points beyond. 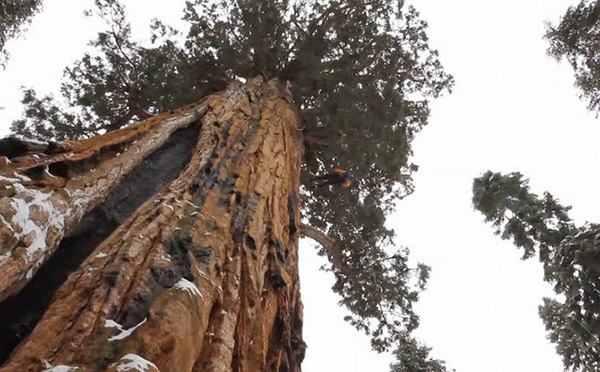 The trunk of The President measures 27 feet across

with 2 BILLION needles from base to top. Because of its unbelievable size, this tree has never been photographed in its entirety, until now. 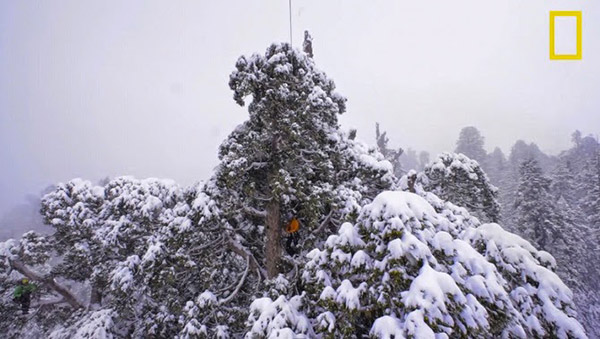 They had to climb the tree with pulleys and levers and  took thousands of photos.

Of those, they selected 126 and stitched them together to  get this incredible portrait of

And here it is: