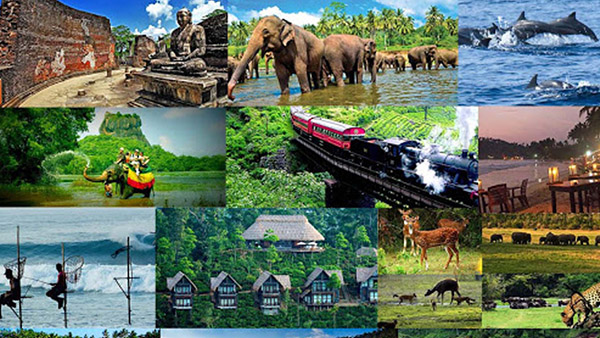 These are few thoughts on characteristics of the Sri Lankan state and state formation in the post-war period. It is difficult to make sense of contradictions of the state formation process at present without taking into account what happened after the general election held in July 1977. In other words, focusing on current events without this historical context is not useful. It is only this context that gives meaning to current developments.

What we saw in 1977 was the beginning of a new period of capitalist transition that emphasised markets, the private sector and openness to global capitalism. This also changed Sri Lanka’s international relations by strengthening links with developed capitalist countries of the West, Japan and multilaterals. It meant integrating the Sri Lankan state to a greater degree with a neoliberal political project that included economic, political and security dimensions. It was an attempt to promote a liberal utopia during the post-cold war period under hegemony of western countries led by the US.

In Sri Lanka this new period of capitalist development was presided over by a centralised Sinhala nationalist state. For those with a knowledge of the history of capitalism this is not an unusual situation. Capitalism develops under various types of states. The logic of the state cannot be deduced from the logic of capitalism.

Although the process of capitalist transition was led by a Sinhala nationalist state, the politics of economic reform and managing relations with the Sinhala majority was not a peaceful process. Most of the political opposition to economic reform came from the Sinhala majority. The electoral power of the Sinhala majority was a contributing factor. This opposition was met through number of mechanisms, such as institutional reform of the state through the 1978 constitution, using the coercive power of the state, and social policies that fitted with the agenda of the new period of capitalism. Some of these policies were a continuation of past strategies.

During this period the centralised Sinhala nationalist state was challenged by an alternative state-building project of Tamils. New international links helped the state to face the separatist challenge. In 2009 the military aspect of the separatist challenge was defeated at enormous social costs. But political issues of building a state that has legitimacy among all ethnic groups of Sri Lanka has not been addressed. Addressing this needs to focus on the structure and identity of the state and numerous public policies.

State-minority relations in the post-war period has deteriorated with other ethnic groups feeling alienated. At present this is especially true for the Muslim minority. Tamil nationalist politics has not disappeared just because of the defeat of the LTTE. It is unlikely that a key contradiction of the post-colonial state, which has been there from the time of independence, will disappear because of the military defeat of the LTTE. Tamil nationalist politics is very much alive, and Tamil polity is now a global phenomenon. Finally, when discussing post-war state minority relations, we must not forget the other identity group – Hill Country Tamils. What is interesting is that they have undergone a transformation during the post-1977 period.

The post-war Sri Lankan state is facing new challenges in securing resources for sustaining it. During the post 1977 period the structure of the state changed due to addition of new institutions at provincial and district levels. In addition, the armed forces have expanded. These two factors and foreign debt burden due to financing of infrastructure development through foreign loans is putting pressure on public finances.

The centralised Sinhala nationalist state is now controlling a highly unequal society. According to data from the Household Income and Expenditure survey for 2016, while the richest 20 per cent of households enjoyed 50.8 per cent of national income, the share of the poorest 20 per cent was only 4.8 per cent. It is necessary to unpack inequality trends nationally, within ethnic groups and regionally. The hegemonic ideology of poverty alleviation that dominated the post-1977 period focus only on how to improve the lot of the poor. It ignores what needs to be done to control the accumulation of the rich.

While these contradictions of class and ethnicity characterise the post-war state, the political struggles of the Sinhala political elite to control the state continue. The political party system has undergone changes. The most sought-after office is the presidency, which was first established to ensure economic reform of the new period of capitalism. There is an inherent tendency for authoritarianism in this politics. This is now happening in a state backed by a more developed security sector.

These developments are now happening in an international context that is significantly different from what prevailed during the post-1977 period. The key factor for the change is the growth of capitalism in China which has resulted in China becoming a strong state. It is challenging the global hegemony of the US. In the history of capitalism this type of change, where the hegemonic power of one state is challenged by a new rising power, is nothing new. It has happened in the past in the history of capitalism. In addition, the global neoliberal project is also facing numerous contradictions. These are products of the hegemony of neoliberalism itself. It has given rise to diverse political currents even in western countries.

To end this short note, one thing that I am sure of is that a single factor analysis or various individual causes that sometimes become a belief system, do not help. In other words, there is no one big reason, nor is there one big answer to problems faced by Sri Lanka. We have to develop a method of analysing diverse variables without ignoring the larger picture. A focus on state formation can provide an overarching perspective. Since in my view all analyses are done for someone and for some purpose, the objective of my analysis will have an emancipatory political agenda. This will question the existing social order and try to transform it.