An illegal warehouse rave that began on New Year’s Eve in France in defiance of coronavirus precautions has been shut down by police after arrests and clashes. 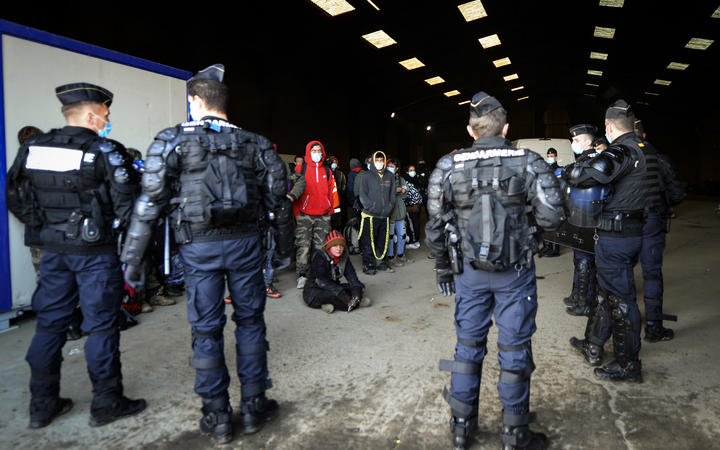 French gendarmes break up an illegal rave that 2,500 dancers took part in near a disused hangar in Lieuron, France, despite a national curfew.
Photo: AFP

Some of the 2,500 ravers in Lieuron, near Rennes in northern France, had planned to party until Tuesday.

Police issued fines to revellers found leaving and the organisers were being identified as the party ended.

A number of party-goers were from the UK and Spain, police said.

Attendees clashed with police, setting fire to a car and throwing objects at officers attempting to shut the event down. At least three officers were injured.

A driver was apprehended with turntables, speakers and a generator in the boot of the vehicle, according to French TV station BFM TV.

Police trying to stop the event faced “fierce hostility from many partygoers”, a statement from local authorities said.

But at 05:30 local time on Saturday the ravers began to accept the party was over and started to leave the two disused warehouse hangars, the local prefecture said. 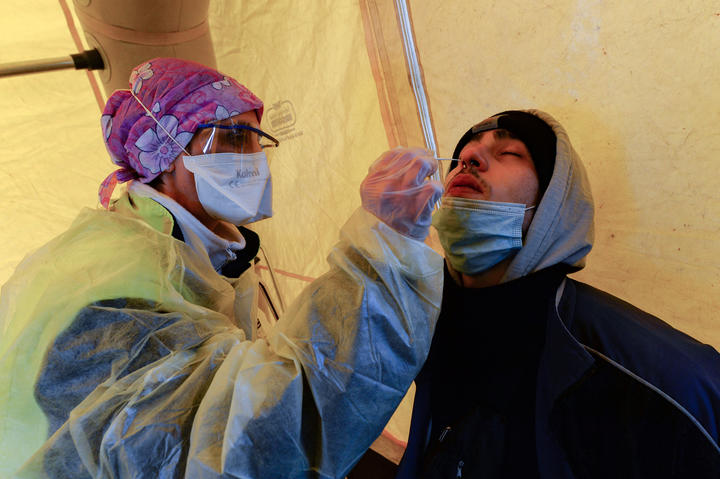 A man undergoes a rapid antigen test for Covid-19 after the evacuation of a giant illegal rave by French police.
Photo: AFP

Interior Minister Gérald Darmanin said on Twitter that trucks, sound equipment and generators were seized at the scene and an investigation has been opened.

More than 1,200 fines were issued for non-compliance with the curfew, not wearing a mask and attending an illegal gathering, Darmanin said.

On Friday authorities said they had opened a sanitary cordon around the party and anyone leaving the event was urged to self-isolate for seven days.

One of the party-goers, who gave his name as Jo, told the AFP news agency that “very few had respected social distancing” at the event.

A number of people slept in their cars before returning to dance, Le Monde newspaper reports.

One reveller told Le Monde that the rave was “very well organised” with food stalls inside.

Another, who came with four friends from Finisterre in north-west France, told the newspaper that she had wanted to “escape” for a few hours.

On Friday an interior ministry crisis meeting was held and all vehicle exits from the rave were blocked as police sought to shut down the party.

France introduced strict rules ahead of the New Year, including a curfew from 20:00 until 06:00.

More than 100,000 police officers were deployed across the country to break up parties and enforce the curfew.

Officers were instructed to break up underground parties as soon as they were reported, fine participants and identify the organisers.

France has recorded more than 2.6 million coronavirus cases and 64,892 deaths since the pandemic began.

Officers elsewhere in Europe have also had to break up events in recent days.

Police dispersed a mass gathering near the Spanish city of Barcelona on Saturday where 300 people had been partying for more than 40 hours.

And in Essex, an illegal New Year’s Eve party damaged All Saints Church near Brentwood. Church authorities have since received hundreds of pounds to pay for repairs.