New South Wales Premier Gladys Berejiklian has announced a range of coronavirus restrictions, including mandatory masks in indoor settings and lifting lockdown orders in the southern half of Sydney’s northern beaches. 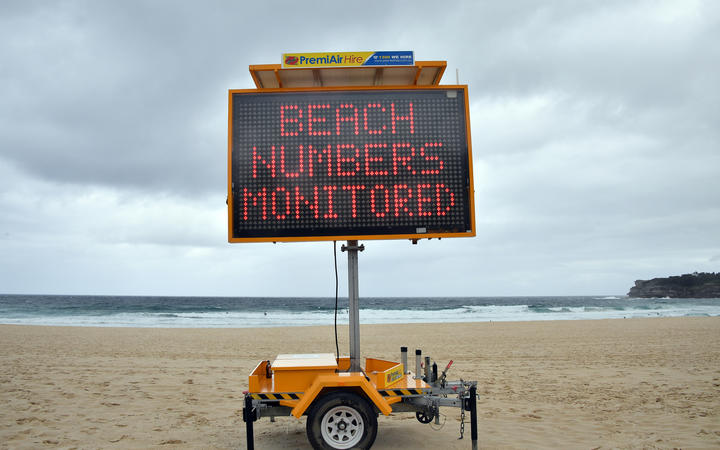 A public health order notice is seen at an almost empty Bondi Beach on Christmas Day in Sydney
Photo: AFP

The changes come as state health authorities record seven new Covid-19 cases in the 24 hours until 8pm, with one of those being an inner-south-western Sydney case whose source on infection remains under investigation.

Five of today’s cases are from western and south-western Sydney and linked to the Berala cluster, which now stands at seven.

Another is a household contact of a previously reported case, a patient transport worker, and was isolating for their infectious period.

From 11:59pm Saturday (local time), the 180,000 residents living south of the Narrabeen Bridge will be subjected to the same provisions as Greater Sydney, Wollongong, Central Coast and Nepean Blue Mountains.

“You [residents of that area] do not have to comply with the stay-at-home conditions,” Berejiklian said.

“Thankfully, according to the health advice, the risk of transmission in that part of the northern beaches has dissipated.” 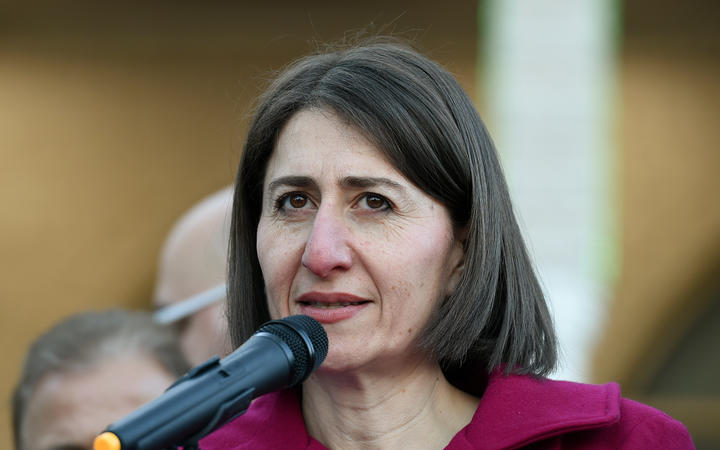 The remaining 70,000 residents in the northern peninsula are still not permitted to have visitors to their home, non-essential businesses remain closed and outdoor gatherings for exercise and recreation are capped at five people.

These stay-at-home provisions will remain in place until 9 January.

“I want to stress again that this strategy… is to keep life as normal as possible, but to also make sure we maintain and even increase economic activity,” Berejiklian said.

She was “very confident” health authorities would be able to stay on top of the outbreak.

“The crossroads outbreaks took about four months to get to zero community transmission and we do not want this outbreak to take as long as that.”

Meanwhile, the Premier said wearing masks would be mandatory for a range of indoor venues in Greater Sydney.

Although she has previously resisted calls from medical experts to make masks mandatory, she said today the introduction of mandatory masks shouldn’t come as a “surprise”.

“We have been talking about it for months and months; the reason it is happening now is to make sure we give confidence to businesses and people holding down jobs,” she said.

From midnight, masks must be worn while shopping, on public transport, in indoor entertainment venues such as cinemas, places of worship, hair and beauty salons and will be mandatory for all staff in hospitality venues and casinos, and for patrons using gaming services.

Breaches on the order can result in a $AU200 on-the-spot fine, but a grace period will be in effect until Monday.

NSW Health said children under 12 would be exempt but are “encouraged to wear masks where practicable”.

This includes gym classes being reduced to 30 people, a maximum of 100 people at places of worship, weddings and funerals being limited to 100 people and outdoor performances and protests reduced to 500 people.

Night clubs will also no longer be permitted.

Ahead of the four-Test series between Australia and India resuming at the Sydney Cricket Ground on Thursday, the Premier said health authorities would do a walkthrough to determine Covid-safe plans.

The Premier defended the event going forward despite warnings it could be a potential superspreading event, saying the State Government was trying to find the “right balance”.

“We appreciate what people might say about us continuing to hold those events, but also consider the thousands of jobs it keeps, consider the sense of normality it gives us,” she said.

“I recall some people were very upset when they heard we were continuing with the fireworks display but after the event they think most of us felt a sense of relief.

There were 31,864 Covid-19 tests conducted yesterday and 12 cases were found in hotel quarantine.