Home  ⁄  Article  ⁄  Victorians race to get home ahead of Covid border closure
Jan 1, 2021 Posted by nzuser In Article Comments 0

It took less than an hour for Victorian guests at the Garden of Eden Caravan Park in Eden, on the New South Wales South Coast, to start checking out after the Victorian Government yesterday announced plans to close its border with NSW. 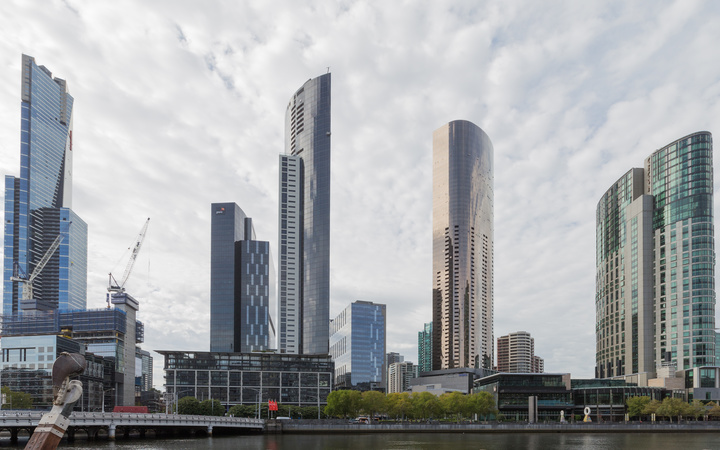 Acting Victorian Premier Jacinta Allan told Victorians the state would close its border to all of NSW from 2 January because of an increase in case numbers in NSW, where 10 new cases were confirmed on Thursday.

“Obviously this is going to cause some disruption for Victorians who may be holidaying, we do apologise for this disruption, however as I said, these difficult decisions are about protecting our community,” she said.

“It is a decision based on the public health advice.

“It is based on the numbers coming out of NSW and it is also based on wanting to make sure we lock in the precious gains and sacrifices Victorians have made.”

The Acting Premier said there were thousands and “possibly tens of thousands” of Victorians in NSW who would need to get home.

“We have been sending a very strong message for the best part of a week-and-a-half, 10 days now, advising people to think very carefully about their travel to NSW,” she said.

Allan said Victorian travellers in NSW who arrived back in their home state on Thursday would be required to have a Covid test and isolate at home until they had their results back.

Victorians who make it home on Friday will need to isolate in their homes for 14 days, while Allan said any Victorians returning from 2 January would be required to go through hotel quarantine for 14 days.

At the Garden of Eden Caravan Park, where 95 percent of guests were from Victoria, the press conference was watched live on devices by many campers.

Manager Allan Carlson said he was “really pissed off” that his community, just a 45-minute drive from the Victorian border, was included in the hard closure, even though the local region didn’t have any coronavirus cases.

“We have a thousand people in their caravans and everyone was happy and now none of them are happy because they all have got to go home,” he said, speaking to the ABC on Thursday after the announcement.

For the caravan park operator, it was a huge blow.

“We’ve had basically no trade all year and we were looking forward to this Christmas and now it has been taken away from us again,” Carlson said.

His wife Lyn Carlson was in tears after hearing the news.

She said it brought back memories of the caravan park emptying out at New Year’s last year when bushfires threatened.

“It is the same again, exactly the same day 12 months ago and we had everything planned for a New Year’s Eve party on the tennis court and there was smoke and nobody could breathe,” she said.

“They all packed up and went on the first of January and they are all going tomorrow.”

But she said it was Covid-19 even more than bushfires that had the biggest impact on her business.

“I didn’t think anything could be worse than the fires but this Covid is 10 times worse,” she said.

Chaos and long queues of traffic at border checkpoints

Many people returning to Victoria reported chaotic scenes at border checkpoints, with many travellers waiting hours to travel just a few kilometres.

Tamar spent seven hours struck in traffic at the border with her family and said police at the crossing were not checking permits.

“The communication was just bizarre, and then not actually having your permit checked felt strange because it doesn’t really put you at ease that they’re checking where people are coming from and making sure,” she said.

“We were in a green zone but how do you know that there weren’t people coming from red zones that have got virus travelling through them.”

Adam Cassidy said his family was stuck in gridlock for five hours, only to be waved through by police who were not checking permits.

“Normally what happened was you’d turn your engine off and then you might not move for about 20 minutes,” he said.

“So you’d get a little bit of a nap in, and then you’d drive about 700 or 800 metres, and then you’d sort of stop again – and that went on for about four or five hours or so, and then for the last half hour it sort of flowed for about five kilometres.”

At Pambula, also on the Far South Coast of NSW, campervans, 4WDs and cars with full bike racks lined up for petrol late on Thursday afternoon, as families prepared to quickly travel home from beach holidays cut short.

“This time last year, nearly exactly to the minute, we had queues like this trying to get petrol but the difference is the sky was orange,” he said.

“Tonight it is not orange and black, it is just all these people here trying to get out of NSW as quickly as they can.” 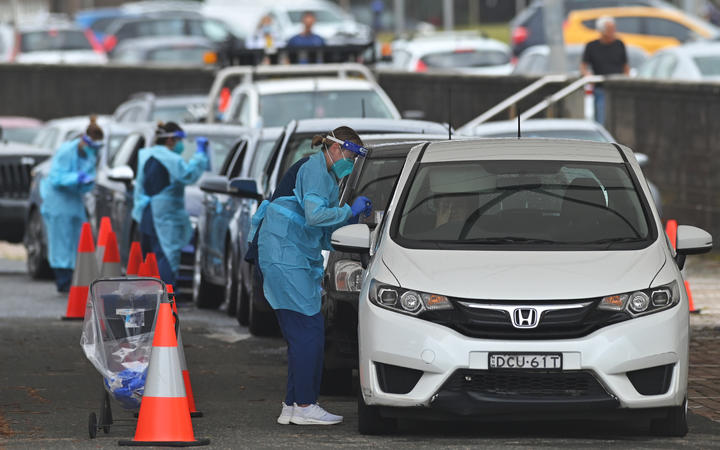 Some Victorians unsure when they will be allowed to return

Melbourne doctor Christine and her mum Louise Phillips have been in Albury for the past 11 days waiting to get home.

“At this point we don’t know how we are going to ever get home, how we’ll get a permit to get across the border because they just haven’t explained for people in our situation,” Phillips said.

Christine travelled to Sydney for a three-day break in mid-December, but a dinner booking at a Manly restaurant meant she had visited Sydney’s northern beaches when Covid cases emerged in that part of the city.

She had to spend 14 days outside of the northern beaches “hot zone” to return to Victoria.

Phillips said her daughter spent three days self-isolating with a friend in another part of Sydney before all of the city was designated a “red zone” by Victoria.

She said when Sydney was designated a red zone it meant her daughter needed to spend 14 days in another part of NSW before she could get a permit to travel back to Victoria.

“It was just a simple weekend trip to Sydney but it has turned into a nightmare for us,” Phillips said.

Christine decided to spend a fortnight in Albury, with her mum meeting her there so they could be together for Christmas.

The pair isolated in Albury and had Covid tests, which came back negative.

On Thursday when the border closure announcement was made, they were on Christine’s 11th day outside of Sydney.

“We have done absolutely everything perfectly right, but now we are potentially going to be stuck here because we still can’t get a permit,” Phillips said.

Phillips spent much of Thursday afternoon trying to call the DHHS hotline for advice but couldn’t get through because it was overwhelmed with calls.

She said she didn’t know if her daughter would be allowed to return to Victoria or if she would need to go through hotel quarantine.

Phillips said the pair were supportive of Victoria’s health measures and wanted to do the right thing, but they also wanted to know how they could get home.