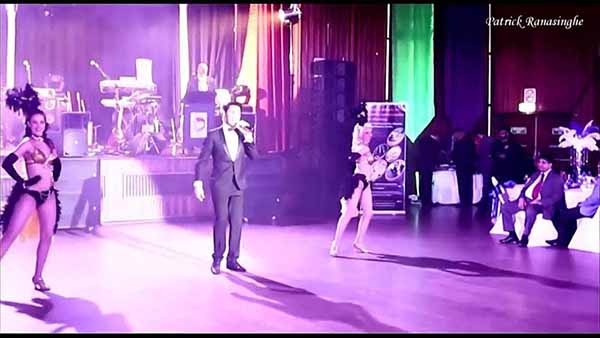 Jude Udara Niran Gurusinghe was born in Negombo Sri Lankaon  the 25th September 1995. After Migrating to Melbourne with his family in 2008. Jude Resumed his schooling at Ashwood Secondary College 2009 when the musical director at the college ask him to take part in the end of year concert. This was when Jude formed a band with his friends Jude was the lead singer and guitarist of the band. Jude’s performance that changed his life forever with Derrick’s assistance and co-ordination, Jude did a Las Vegas style floor show act with two showgirls at a dinner dance in Melbourne seen in this (This Video) performing Quando Quendo Quendo was picked up and shared by an Engelbert Humperdinck fan club in the United States and brought to the attention of the king of romance himself who congratulated Jude and said that he sounded ‘SPOT On’.Jude was then invited by Engelbert to join him on his 2016 New Zealand tour in August Jude descries this as a surreal experience as he only dream of meeting his idol and the music legend Engelbert Humperdinck but only this time he got to spend one on one time with him a life changing and inspiring opportunity.