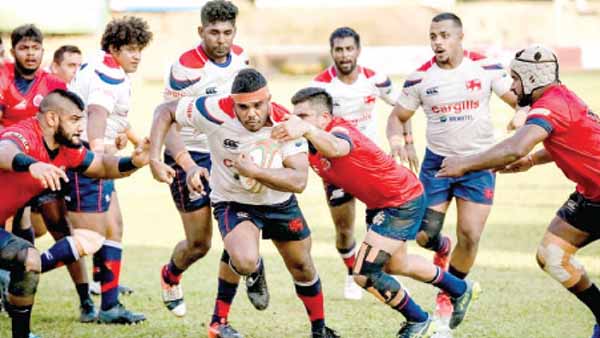 Damith Dissanayake, one of the Senior Rugby players of Kandy Sports Club started his primary education at St.Sylvesters’ College, Kandy where he started playing Rugby under Nimal Fernando, a veteran Rugby Coach.

Damith joined the Grade 8 of Trinity College,Kandy when R.Gilbert was the Principal of the School and learnt more about the game of rugby under the coaching of Robert Navaratne at Under 13 level. He continued under the coaching of Alex Lazarus at Under 16 Level and at Senior Level under Pradeep Basnayake, Anil Jayasinghe and a foreign Coach named Martin Jones.

Damith played Rugby from the Under 14 team onwards and got selected to the first Fifteen Rugby team from 2010 onwards and captained the College Rugby Team.

After leaving School Damith joined the Kandy Sports Club and started his RugbyCareer from the year 2011 up to date as Hooker and his Rugby Career has spanned for more than Seven years at Kandy SC and during this period Kandy S.C won both League and Knock-out Clifford Cup championship from the year 2011 upto 2019 except 2012 and 2013.

His best Rugby Match was against Navy in 2011 when he played as a debutant for Kandy SC at the Royal College Rugby Complex. Damith was in the National Rugby Squad from 2015 to 2017 and he is yet to play for the Country and he is determined to represent

Kandy SC for more than Five years. His team mates at Kandy SC were Sanjeewa Jayasinghe, Fazil Marija, Sean Wijesinghe and Roshan Weeraratne to name a few. Damith was employed at Penguin Sports Wear Co. while playing Rugby for the

Kandy SC and he has been coaching the Junior Rugby team of Trinity College, Under 13

in 2015 and 2016 and the Under 16 team from the year 2017 up to date. Under his coaching Trinity College under 14 Rugby team won the Championship beating

St.Thomas’ Mt.Lavinia in the finals in the year 2017 and again in the same year

Trinity won the Under 15 All Island School Championship beating Kingswood College in the finals held at Pallekelle Rugby Grounds.

Damith is an IRB Level 2 Rugby Coach since 2018 and during his Rugby career at Kandy SC he was adjudged the Man of the Match in the Clifford Cup Rugby match against Police in 2019. He is thankful to his Rugby Coaches, Master-in-charge,Prabath Senanayake at Trinity, Malik Samarawickrema and his parents for the encouragement given to him.