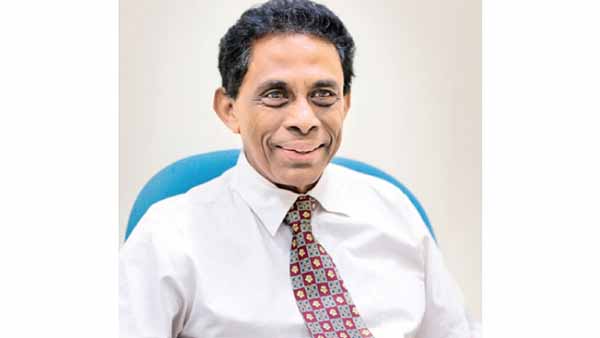 To add to it all the wicket-keeper of the side late Guy de Alwis also went onto represent the Sri Lanka cricket team. Four members of a schools cricket team going on to represent the National side in three different disciplines of sports must surely be a record.

The strength of the side was such that the selectors had no alternative but to leave out a coloursman from the previous year in naming the final X1. The side consisted of Sasi Ganeshan (Captain), Ajit Ganeshan (Vice Captain), Lalith Ratnayake, Dayal de Silva, Dayalan Supramaniam, Saliya Ahangama, Lakmal de Zoysa, Michael Jayasekera, Guy de Alwis, Suraj Dandeniya and Ishak Sahabdeen with, Arittha Wikramanayake, Githanjan Rajapakse, Ajith Amarasekera and Pelham Juriansz being the reserves.

The first term commenced with an easy outright win against Thurstan followed by convincing wins against Nalanda, St. Sylvester’s and Wesley. Only 14 matches were played in 1976 and the champion side won 6 of them outright and drew the rest, winning all matches on first innings other than against Ananda where the first innings deficit was a mere six runs that too as a result of a sporty declaration.

This was inspite of having to take on the might of Trinity and St. Joseph’s with a depleted team in the absence of, Aji (Ganeshan), Lalith Ratnayake and Ishak Sahabdeen who toured Pakistan with the Sri Lanka schools U-19 side for the Ali Bhutto Trophy.

In that year’s Royal-Thomian, after being forced to follow-on, having to get 115 to avert an innings defeat; Royal were struggling at tea at 78/6 on the second day.

Then Ranjan Madugalle saved the day for Royal, even though a rare missed opportunity off Madugalle soon after tea allowed Royal to get off the hook and manage a draw.

With Madugalle playing a classy innings of 71 and late order batsman Ashok Jayawickrama with an unbeaten 36 and Susantha Ratnayaka remained not out at the close of play taking Royal to safety at 164 for 7 wickets. If not for Madugalle’s heroic knock, the Thomian captain Sasi would have become a hero.

Nevertheless the Mustang Trophy limited-over encounter against Royal was won with ease by the Sasi led Thomians.

Even though the side produced three national cricketers, the statistics go to show that the team did not depend on individual performances but relied on sheer teamwork for success. But statistics do not always tell the whole story.

The other aspect was that the leadership of Sasi Ganeshan – a very positive captain who wanted to win every game and was willing to take calculated risks to achieve this. The morale and unity of the team was unbelievable and hard work was the key to success. The motto of this superbly knit, fun loving team was “all for one & one for all”.

In the “Observer” schools all-island awards short listings, Sasi was one of the best 16 batsmen selected, in recognition of their performances during the season.

Although none from the team won individual awards, skipper Sasi Ganeshan’s team was awarded the Lifebuoy Shield as the best all island schools cricket team. That was the richest reward and the pinnacle of the hard work during the season.

“I can very well remember being awed by your shimmering new Gray Nichols Junior bat signed by English skipper Ted Dexter and Sasi selflessly let me have a swing with it whenever i asked for it. Also I remember how you batted so tenaciously–strictly along textbook lines, all the time. As you lay your circuit weary, aching bones on ice. I know God would be waiting with open arms to welcome your wide mouthed, warm, no holds barred smile, up into the heavens. Bye for now sweet prince”.