The dairy industry wants export tariffs scrapped as it tries to get the best bang for its buck overseas – and doesn’t think the new post-Brexit trade deal will help. 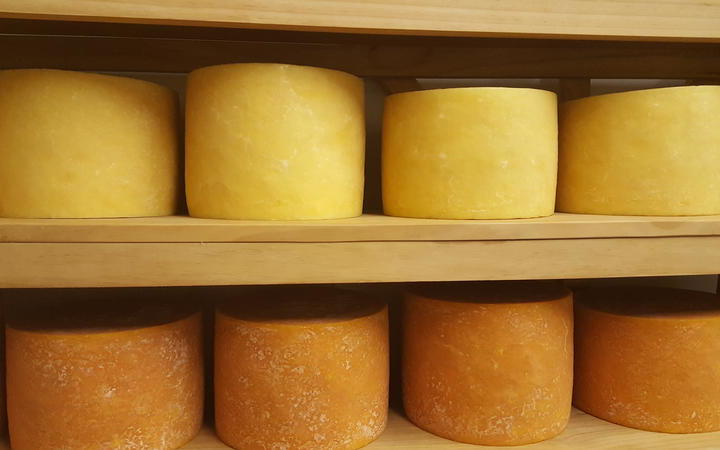 Kiwi exporters have battled tariffs as they try to find their way in the market.
Photo: RNZ/Carol Stiles

New Zealand is in the throes of sorting out trade agreements with the UK and the European bloc, after the two sides finally put a deal on the table just days before the deadline.

Dairy Companies Association of New Zealand executive director Kimberly Crewther said Kiwi exporters had battled tariffs as they tried to find their way in the market. This even happened when the UK was part of the EU.

Crewther said there was no change with the new deal.

“What this trade deal between the UK and the EU means is that we continue to be at a significant tariff disadvantage to each of them as an exporter into the other’s market,” she said.

There was also a new EU-UK split quota for butter and cheese – roughly 60/40 in favour of the EU.

“For dairy, it diminishes the trade opportunities. I think what it significantly means is that removing the tariffs and the quota restrictions that we face into the markets becomes even more important,” Crewther said.

The strict quotas meant there would be less ability to switch between markets if one country was not performing well.

“The loss of flexibility means we are worse off … we support the NZ government efforts to maintain flexibility,” Crewther said.

The New Zealand Government is negotiating free trade deals with the EU and UK.

Crewther said if UK and EU could eliminate tariffs between them in a free trade agreement, New Zealand should be able to.

“The UK and the EU have just demonstrated that they can do bilateral trade agreements which result in tariff free access. So if they can do that for each other, there’s no reason why they shouldn’t be able to do that for New Zealand as well.”

In the world of meat, Beef and Lamb chief executive Sam McIvor said New Zealand would definitely be worse off with these deals.

“We’ve had a significant reduction in the flexibility and the value that we can accrue from those quotas because we’ve lost the flexibility to put our product into either the EU or the UK as customers demand it,” he said.

Minister for Trade and Export Growth Damien O’Connor promised the government would do all it could to help Kiwi exporters.

“We’ve been aware of this, the potential spilt in the quotas, and we’ve been talking with both the UK and the EU, trying to assure them that actually the flexibility assists their producers so that we don’t have oversupply in markets at one particular time and undersupply at other times of the year.”