Queensland has detected a case of the new South African variant of coronavirus in a returned traveller – the first time the new strain has been identified in Australia. 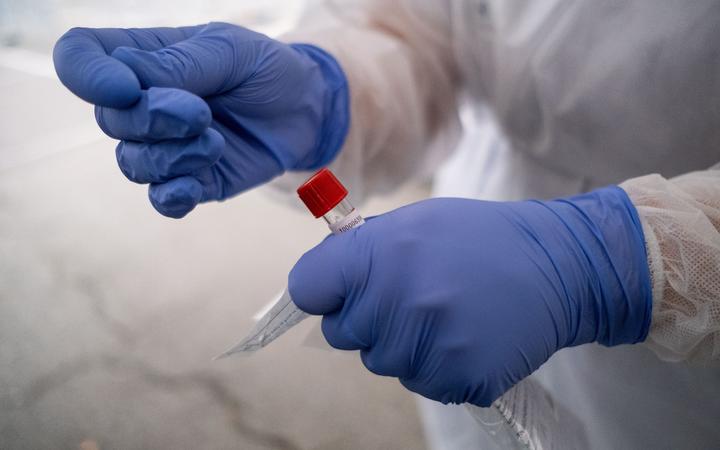 The strain is thought to be a more contagious variant of coronavirus and has been described by the state’s Chief Health Officer, Jeannette Young, as “very concerning” (file image).
Photo: AFP

Health authorities said genome testing confirmed the woman was carrying the new variant, after she tested positive for Covid-19 while in hotel quarantine in Brisbane.

The strain is thought to be a more contagious variant of coronavirus and has been described by the state’s Chief Health Officer, Jeannette Young, as “very concerning”.

Health Minister Yvette D’Ath said the person was an overseas traveller who arrived in Queensland on 22 December.

She said the person had been transferred from hotel quarantine to the Sunshine Coast University Hospital for treatment.

Speaking at Parliament House, D’Ath confirmed it was the first time the variant had been identified in Australia.

“We are absolutely confident that all proper measures were taken at the hotel and in the transfer and of course at the hospital in relation to this positive case,” she said.

Authorities said all other passengers aboard the woman’s inbound flight were being closely monitored in hotel quarantine.

Young said the variant, believed to have originated in South Africa, was different to the strain recently detected in the United Kingdom known as B117.

She said the new South African strain was “thought to be more contagious”.

“It’s not considered to result in more severe disease but we’re still working through that because it’s quite a recent finding,” Young said.

She said the positive case posed “very low risk” to the community.

“We’ve gone back and double-checked in the hotel, in the transfer and ambulance, and now in the hospital she was in, that there have been no concerns and we’ve not found any concerns there,” Young said.

“But it does reinforce the need that anyone coming from overseas does need to quarantine for 14 days, in a quarantine hotel … [or] go into hospital.

“All our positive cases are being transferred into hospital so we can make hotels as safe as we possibly can.”

Fewer exemptions to be granted from hotel quarantine

The concern comes after South Africa’s health department announced the discovery of the new genetic mutation of the virus this month, and said it might be responsible for a recent surge in infections there.

D’Ath said Queensland had 78 cases of coronavirus brought into the state from overseas since 5 October, which highlighted the surge in positive cases abroad coming into the state.

As a result, health authorities flagged even fewer exemptions would be granted to overseas travellers undergoing hotel quarantine upon arrival.

She also said viral fragments of coronavirus had been detected in wastewater treatment plants across five Greater Brisbane locations.

The fragments were found in Victoria Point, Oxley Creek, Goodna, Fairfield, Redcliffe, as well as Cairns North and Nambour.

“It’s unknown if positive results are as a consequence of new cases, cases still developing or of course cases where individuals are still shedding.”

D’Ath said Queensland Health would continue to monitor the situation and again urged anyone with any symptoms to get tested.