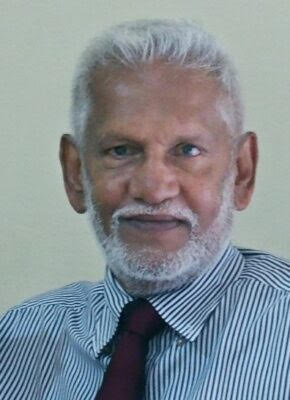 Our island was called Lanka in pre King Vijaya times. Valmiki’s immortal Ramayanaya had King Ravana ruling the land from the city of Lankapura . That was almost four thousand years ago. The Arab traders termed it Jaziratul-Yaqut, island of rubies. Some called it Serandip, some Ceilan, from which the Portuguese picked Ceilao and the European map-makers coined Ceylon. Many were the names from the many that came,
and they all were collective in their comment in the description of this land. Bar none, everyone agreed and noted in their chronicles that this island was indeed the complete Paradise.

We never gained it. Let’s be honest about that part. We simply inherited. The Gods from their celestial dome, in their infinite kindness, gifted this Paradise to us, the beautiful island of Lanka, to the people of Sri Lanka .

The privilege of being born and belonging to such a place can only be rightfully expressed if one can take the turmoil out and look through the veils of disharmony that obscure what lies beyond. The purity of the land, still remains, so much unspoiled. The occupant of Paradise, still smiles, in spite of the battering he had received from the time we were reborn after the colonials left. Mother Lanka dawdles, whilst her sons and daughters drowse in ignorance, somewhat a prelude to the disasters ahead.

Ruben walks daily carrying his Malu Kada following the footsteps of his father and grand father. His son Saman tags along, apprenticing the trade, helps to weigh the fish, cleans the broad blade knife as his father barters with the housewives, haggling for the bargain. They leave, father and son, with the little boy shouting Malu Malu
straining his tender vocal chords. The fishmonger to be, on his first lessons. No change.

Podi Hami prays every day. That’s all she can do. She and her son Sirisena, did try every possible means, and failed. No they couldn’t get a letter for employment. Wrong party, not our people, that is what the man said. Not that Podi Hami had any inclination of what happened in the parliament or who sat aloft. She merely crossed the ballot papers.

There was always too much controversy in the news and people spoke in such different tones about their leaders that Podi Hami had long given up in her little mind to seek the truth. That was impossible. She merely voted and got branded. Now she sees young Sirisena, a posthumous corporal, beret and braid, in black and white, immortalised in a cheap framed photograph, hanging on the nail infested bedroom wall, boring his eyes at her, a sad and constant memory of a war where mainly the poor make the payments.

A Porsche glitters inside a show room at the Bambalapitiya junction. A young boy pushes his crippled father, looking at the cars. The old man sits crumpled, folded along with his worldly belongings, in a rickety old chair that rolls on warped wheels. Donated by the Lions, says the back.

A blind man and his woman share their lunch, seated on the pavement of Dickman’s Road. Someone had been generous. The woman, withered and wasted, raises a bath kata to her toothless mouth and hears the world
with sightless eyes, whilst the husband waits his turn, scratching his mottled skin of burnt black- Citizens of Paradise.

The sun goes down and the pavements become the bedchambers for the super poor who pray for the rains to hold till morning.

These are no fairy tales of my redundant imagination. They are the stories of Paradise. The day-to-day events that play sad and silent along the cacophony of achievement. Don’t tell me they are isolated,oh no, not by a long shot. They are the unheard, the ignored and the expendable debts of the displaced denizens of Paradise. The
stentorians are there, loud and clear, announcing to the world and beyond, the inflated paths of progress, with rainbow visions for the morrow, splashing milk and honey stories. But, isn’t there a big question mark? Isn’t there some straining needed to seek the truth?

I’m not talking of devolution and separations, politics don’t interest me. I’m like Podi Hami, totally confused between right and wrong and where lies the light. I’m writing of the core, the very basics that humans search for, Uncle Sam’s stuff, the pursuit of happiness type, the very essence that Paradise should be made of, which I think, is sadly missing at present.

They leave Paradise by the thousands. Why? That is a good question.Look around and you will see the answer. They move out to pursue their happiness elsewhere. Not by choice, but by reasons of sheer necessity.
The Sri Lankan Diaspora is everywhere, from the chilly summits of Northern Canada to the dry lands of Tasmania. From sushi land to Swaziland. From the deserts of Dhahran to the lush green valleys of New Zealand. You see them with their little Sri Lankan clubs, clinging on dearly to memories of a homeland, torn between a new life and what they left behind.

It’s a love they cannot shed, a romance gone rotten, and they gather and lament, speak in sad nostalgic tones and save miserly to visit and spend a week or two in their much loved and beloved Paradise.

Why do these inheritors leave Paradise ? Something must have gone wrong in the system. The exodus only began after we were reborn. Hence, the blame is not with the colonials and their House of Commons.
It is ours and ours alone, lying firmly in the Pontius hands of the custodians who were chosen to charter our future, and seemingly have failed in their delivery.

Isn’t it a fact that there is a mass cry for employment outside. The mason and the maid lead, followed by the waiter, the janitor and the bartender. Name him, and he is there, looking for agents to send him to some far away Valhalla . The banker too, and the medicine man, fill passport forms, standing side by side with the young urban
professional and the academic erudite. All looking across the sea, from the shores of Paradise .

There are some consolations too, one cannot be totally paranoid. The factory jobs are there for the tradeless. Foreign Marks and local Spencer make the mint and scope the cream and the poor Paradisians eat the peanut. Still, it’s something to keep the kitchen fires burning. The rest of the no skills pawn their souls to go abroad. Local Dick Whitingtons charging into the unknown, exploited at every toll gate(there are many) and slave in alien homes in the Middle East and Asia, sending their carefully hoarded pitiful dirams and dollars to their loved ones, whilst counting agonising days to return home.

Sixty years have gone by from the day of independence. The blameless blame, the nameless suffer, the shameless go on, ramroding their way to erode and annihilate Paradise. No need to further elaborate, the reasons are obvious. Some things happen to be best left unsaid. Let me be the coward and let discretion become the better part of my limited attempts at journalism.

Call me a fool if it pleases you and I ll accept it. But let me trickle some sanity to your thoughts. Just to kindle an interest. Totally non political. I cannot and do not separate the villain from the venerated, the line is too thin and the facts are wildly scattered. The truth certainly is in masquerade. The Lankan Paradise is not lost, not yet. It is certainly misplaced. That much can be clearly seen, lest one be blind. What happens in the end to things that are misplaced? They never get found and as time goes by; it sure will become something permanently missing.

Ours is a Paradise misplaced. Let us all valiantly search, it is not too late. Let us collectively find ourselves and our land, before it vanishes beyond the limit, and becomes a Paradi