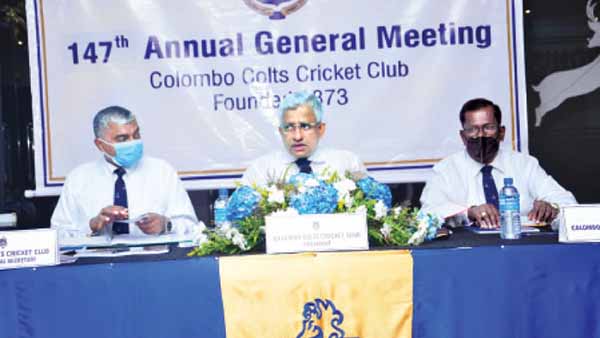 Nishantha Ranatunga was re-elected as President unanimously while Eastman Narangoda, Chaminda Vaas and K. Shakthidasan as Vice Presidents for the ensuing year 2020/21. Trevor Rajaratnam was re-elected Patron while Jagath Savanadasa was re-elected as Vice Patron and K Mathivavan as Vice Patron. Brigadier Shiran Abeysekera was elected as the secretary and M. Ratnaharan was appointed as the Treasurer. Rajeev Munasinghe as the Asst. secretary and Chandika Jayawardena as the Asst. Treasurer with Dinesh Wickremanayake as the Club Captain and Dharshika de Silva as the Social and Indoor Games Secretary.

President of the club briefed the membership on the development programme of the club premises. The historic club will be converted into a state-of-the-art sports facility which will include a modern gymnasium, swimming pool, streamlined dining and bar facilities, dressing rooms and much more.