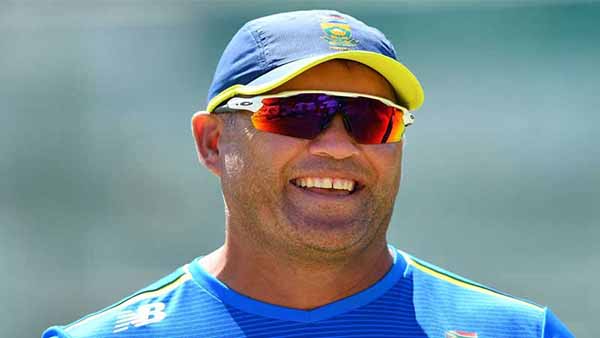 Jacques Kallis has been appointed as England’s latest batting consultant for next month’s Test series in Sri Lanka, a tour that the ECB insist is set to go ahead as planned in spite of the heightened uncertainty over the UK’s latest wave of measures to tackle the Covid-19 pandemic.

The ECB last week stepped up its search for full-time appointments for their batting, pace- and spin-bowling coaching vacancies. Applications are set to close on January 10, meaning that Kallis’s appointment may be the last consultancy role used by the board, following similar appointments for Jonathan Trott during the Pakistan Tests last summer, and Marcus Trescothick on the recent white-ball tour of South Africa.

At this stage, Kallis is not expected to be involved in England’s subsequent Test tour of India – although that may yet change, with the ECB having flagged the need to rotate their options for the foreseeable, to mitigate against the strain of living, practising and playing in bio-secure environments.

With that in mind, Graham Thorpe, England’s regular assistant coach to Chris Silverwood, has been rested for this leg of the winter, but is expected to be back on board for the India tour. Jon Lewis, the former Gloucestershire and England seamer, travels as fast-bowling coach, while James Foster continues as wicketkeeping consultant in the wake of Bruce French’s retirement last summer, as does Jeetan Patel as spin consultant.

However, it is Kallis’s appointment which is the most eye-catching for the coming tour. He secured his status as an all-time great with 13,206 Test runs at 55.37 for South Africa, in addition to 292 wickets, while his mastery of Asian conditions is renowned, with eight centuries at 55.62 in 25 Tests in the region. This time last year, Kallis was working as a batting consultant for South Africa’s Test team during their 3-1 series loss against England. However, with CSA committing in September to a policy of affirmative action for future consultant roles, Kallis’s opportunities for further work within his home country are limited, particularly now that the role of High Performance Batting Consultant, a position that spans all levels of the professional game in South Africa, has gone to his former team-mate Neil McKenzie.

Discussions between Kallis and the ECB are understood to have taken place earlier this month, and have been described as “very quick and simple negotiations”. He is expected to link up with the squad when they travel to Hambantota on January 2, ahead of the first of two Tests in Galle starting January 14.

Concerns over the viability of the tour, which was belatedly confirmed by the Sri Lankan government earlier this month after protracted negotiations, have resurfaced this week given the extensive travel bans being imposed on the UK by several countries, following the spread of a new variant of the Coronavirus. Crickinfo