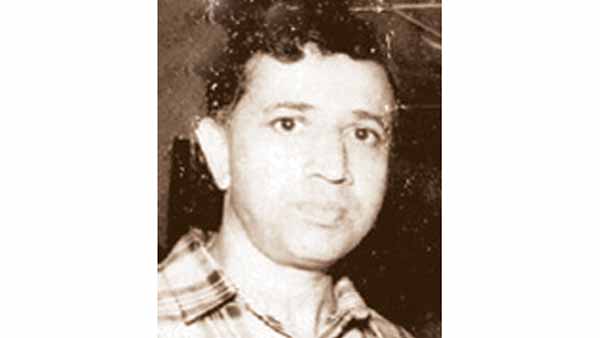 Daya Jayasundera was one of the top sportsmen who hailed from Kandy. He joined the Police in 1968 as a Sub Inspector and worked his way to the top. He had a charming personality which won the hearts of everyone whom he came across. He was honest to say the least and was very proud of the police uniform he wore.

A product of Dharmaraja College where he played cricket hockey and was a boxer and athlete in the early 1960”s.. After school he started playing rugger at Nittawela, where he played for Kandy SC He went to Nittawela during the time of Maurice Perera’s coaching and played under Y.C. Chang in 1967. It was at Kandy Sports Club that he first played rugger as during his school days there was no rugger at his school.

It was after a Kandy Sports Club- Police game at Nittawela, that Deputy Inspector General of Police Rudra Rajasingham , who was the Chairman Police rugby spotted his rugby skills and invited him to join the Police Force. He turned out for the Police rugby team in 1969 when S. Sivendran captained the side. Then in 1970 played under M.A. Majeed the year in which they shared the Clifford Cup with Havelock SC. Daya also played when Anton Benedict led Police rugby team in 1972 in which year the Police won the Clifford Cup by beating CH and FC. Then again he was a member of the 1973 Police team captained byNizam Hajireen which shared the Cup with Army with a 19 all draw. Daya captained the Police rugby team in 1974. During his police days, players like Ibrahim Hamid, Nimal Lewke, Charles Wijewardene were his team mates. He played till 1977

In 1972 he was in the Sri Lanka rugby team for the Hong Kong Asiad. After hanging up his rugby boots, he took up refereeing and proved that he was a top level ‘A’ Division referee. Later coached the Police rugby team in the 1980’s and Police were undisputed champions. During his coaching days the Police rugby team undertook a tour of Hong Kong in 1988 with S Sivendran as manager.During this time Ernest Perera was the IGP. Daya also was Chairman of Police rugby during his tenure.He joined the police as a SI and rose to be a Deputy Inspector General of Police. He was at one time the Deputy Commandant of the Special Task Force

Daya died in December 2012 at the age 0f 68 leaving behind his wife Badra and three sons, all of whom excelled in studies and rugby at Royal College, His third son Rajith captained Royal College team which won the Bradby Shield under his captaincy. in 2003 and represented Sri Lanka as a schoolboy at the 2002 Rugby Asiad in Bangkok