A rushed lockdown of nine tower blocks in Melbourne due to an outbreak of coronavirus breached human rights laws, an ombudsman has found. 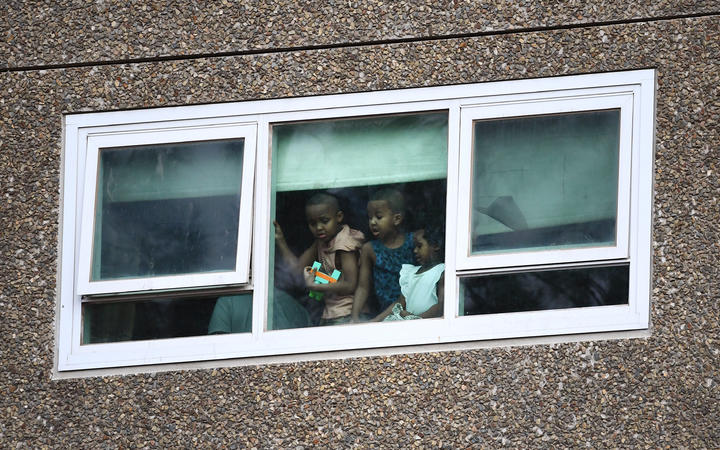 Residents look from a window at one of nine public housing estates locked down due a spike in COVID-19 coronavirus numbers in Melbourne in July.
Photo: AFP

About 3000 people were confined – under police guard – to their public housing units from 4 July for up to two weeks, after a state government order.

The residents were given no notice, meaning many people were left without food or medicine, the ombudsman found.

The Victorian Ombudsman – who has no legal power but is the official investigator into government complaints – called on the government to apologise to residents for the “harm and distress caused by the immediacy of their lockdown”.

What happened at the towers? 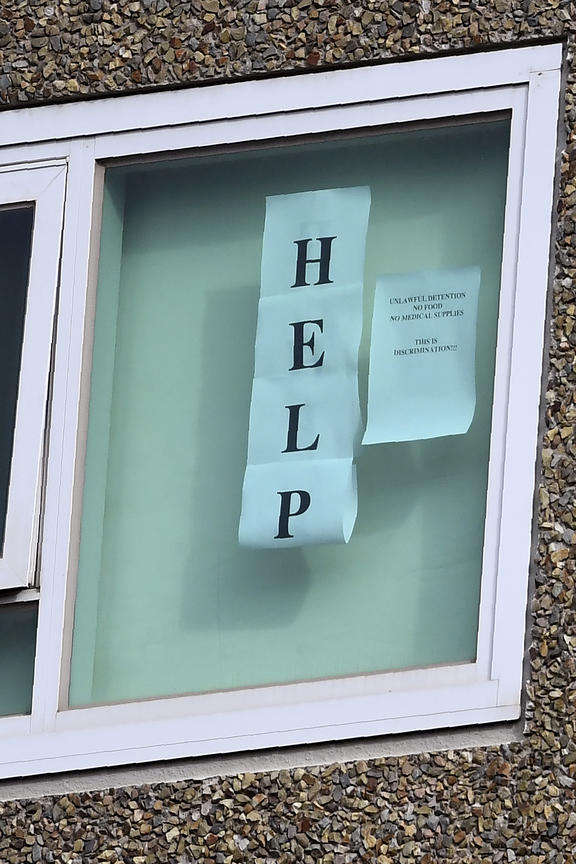 A sign is seen pasted on a window at one of nine public housing estates locked down.
Photo: AFP

In early July, a second wave of the Covid-19 coronavirus was just beginning in Melbourne and authorities were scrambling to locate cases and stop the spread.

A cluster of about two dozen infections were found in the towers, prompting a desire for a swift containment.

On 4 July, health officials recommended an intervention, with a lockdown to begin on 5 July, to allow planning for food supplies and logistics.

However, Premier Daniel Andrews announced on 4 July that it would begin immediately. Dozens of police officers were at the housing estate towers shortly after.

“Most of the residents found out about it when they saw uniformed police officers surrounding their homes,” Ombudsman Deborah Glass said.

In her report, she found the snap imposition of the lockdown was a decision made by the state government, and not based on health advice.

The state’s acting chief health officer was given only 15 minutes to assess the human rights implications of the order. She signed the directive but had not recommended it take effect immediately, Glass found.

The towers lockdown was Australia’s most strict coronavirus restrictions. Confinement lasted five days for most residents, but 14 days for those in the worst-affected tower.

“Residents [at that tower] waited more than a week to be allowed outside under supervision for fresh air,” Glass said. 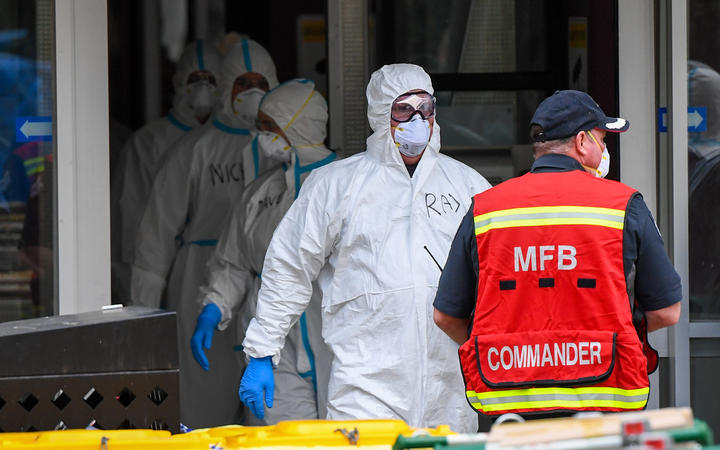 Members of the Melbourne Fire Brigade (MFB) prepare to take food parcels to residents in a locked down public housing estate.
Photo: AFP

What’s been the response?

The state government has disagreed with the report’s findings, which were tabled to state parliament on Thursday.

“We had to act and act immediately because of the viciousness of the virus,” Wynne said.

Authorities had acted in line with human rights law for the entire process, he said.

However, Glass said that the rushed lockdown was “not compatible with the residents’ human rights, including the right to inhumane treatment when deprived of liberty” and appeared to contravene Victoria’s human rights charter.

At the time, residents – many of whom were refugees or migrants from non-English-speaking communities – told the BBC they were angered by the sudden and harsh restrictions which they said discriminated against them.

Many were also intimidated by the heavy police presence.

Glass found it was discriminatory, saying government documents had suggested the estates “were a hotbed of criminality and non-compliance”.

“But the evidence was the vast majority were law-abiding people, just like other Australians,” she said.

It was “unimaginable” that the “theatre of policing” which followed would have occurred for a similar Covid outbreak in a luxury apartment block, she said.

Glass acknowledged the lockdown had worked to contain the outbreak but a proper consideration of human rights would have “put health, not security, front and centre”.

“In a just society, human rights are not a convention to be ignored during a crisis, but a framework for how we will treat and be treated as the crisis unfolds,” she said.

What happened elsewhere in Melbourne?

Just days after the tower lockdowns, the entire city of Melbourne was ordered into lockdown to combat the wider outbreak which was fuelling over 100 cases per day.

The city-wide lockdown began on 9 July and lasted 112 days. For most of this time, residents faced a nightly curfew and stay-at-home orders, but unlike for the tower residents there were permitted reasons for leaving home.

As the virus spread outside the city, stay-at-home restrictions were also imposed on the rest of the state.

The heavily policed lockdown – one of the toughest in the world – divided opinion among the city’s residents and prompted small protests.

The stringent measures eventually worked to bring down the case rate from over 700 new cases per day to zero.

Victoria has recorded 48 consecutive days of no locally acquired infections.