The foreign fishing crews allowed into the country in October were originally going to skip being placed in isolation at a hotel and were instead going to be sent straight to their boats. 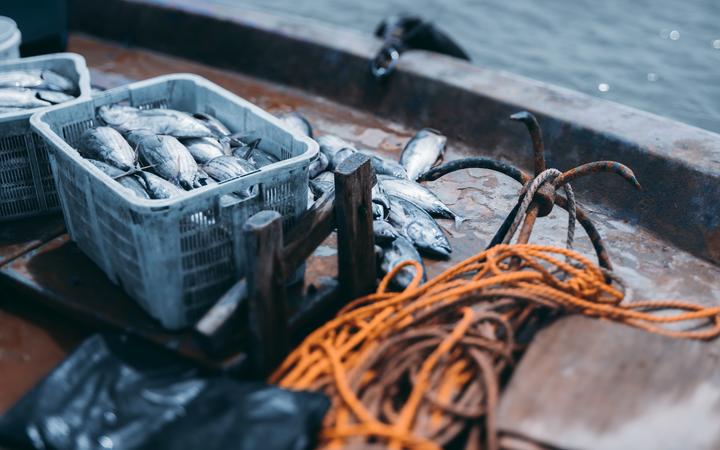 Crews were meant to be taken straight from their charter flights on to the various boats they’d be working on.
Photo: 123RF

The detail is revealed in an agreement, released under the OIA, between the government and the fishing industry.

In it the government agreed to 570 Russian and Ukrainian fishing crew being allowed in, in return for the industry coming up with a plan to encourage more New Zealanders to take up the jobs in the longer term.

The agreement was signed by Sealord, Independent, Aurora, Sanford and Maruha.

The plan originally envisaged the crew being taken straight from their charter flight on to the various boats they would be working on.

“These crew will be transported directly to vessels to commence the required isolation period onboard, and therefore will not place any additional burden on the Ministry of Health’s isolation facilities.”

Although there is no detail on why, the plan obviously changed and they ended up in Christchurch’s Sudima Hotel, with all costs met by the fishing companies.

As it turned out just over one in every 10 of the mostly Russian crew tested positive for the virus, which was also taken home by a health worker at the hotel.

The companies said New Zealanders were deterred from the industry “not because of pay or working conditions” but mostly by the prospect of becoming sea sick.

They pointed to exit interviews for those leaving the sector, where motion sickness was mentioned by 75 percent of respondents as the reason they wanted to get out.

Next came being away from friends and family for extended periods while out at sea and then shift work.

They made the point the roles on board the foreign chartered vessels were “highly specialised” and provided a chart to back up this point.

However, the chart showed that 65 percent of the positions on board these vessels only required six months at a “maritime institution”.

Despite saying money was not the issue, they did suggest changes to the way people were paid, talking about “guaranteed fixed remuneration” during the first year of employment rather than pay being based on the “volume or value” of fish caught.

Included were pre-paid flights for the first year of employment to and from the vessel to their hometown, $200 supermarket vouchers for each successful new recruit, as well as a seafood pack at the end of their trip “to assist with food costs at home”.

There would also be food packs or vouchers once a week for family left at home when a person was at sea.

A sum of $200,000 a year was promised for 39 free scholarships to attend six-week long courses at Westport Deep Sea Fishing School.

These involved trips out to sea to check if sea sickness was a problem.

The school trumpeted its success rate, saying in the past three years over 80 percent of its graduates had remained in fishing after 12 months of employment.

As for where new recruits might come from, the plan talked about “targeting Limited Service Volunteers” with incentives to go fishing for a year.

The profile of the sector was to be lifted by promoting “the adventure of fishing in the Southern Ocean” with New Zealand’s version of the reality tv show, The Deadliest Catch.

As well as expos in schools and advertising on social media, there was a plan to pitch a feature on the fishing industry to TVNZ’s Seven Sharp programme.

Help from the government to pay for the advertising campaign was also mentioned.

The second group of fishing crew were supposed to be in the country already, but after the high number of Covid cases among the first group, the Ministry of Health said further arrivals were suspended.

RNZ understands planning is under way to bring in the second group some time in the New Year.