People in Sydney will wake today under tougher new restrictions aimed at stemming the spread of Covid-19 cases from the Northern Beaches outbreak. 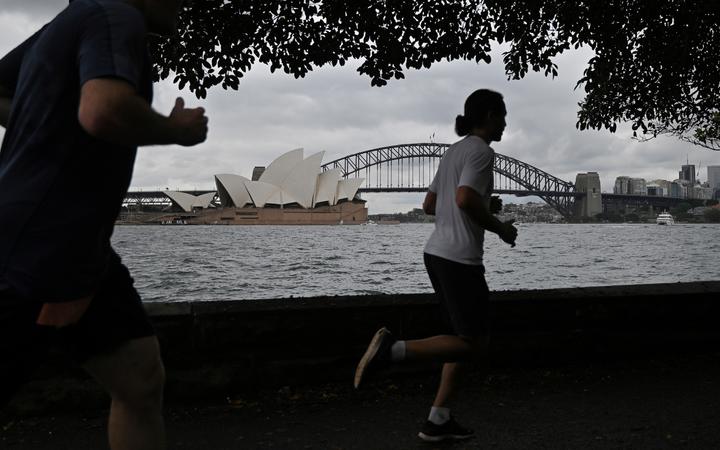 People run before the Opera House and Harbour Bridge in Sydney on December 20, 2020, after authorities introduced a fresh round of restrictions.
Photo: AFP or licensors

It comes as NSW braces for more cases of community transmission and several other Australian states and territories have closed their borders to Greater Sydney.

NSW Premier Gladys Berejiklian yesterday announced a raft of restrictions across Sydney, the Central Coast and Blue Mountains, which came into effect from midnight.

It followed a rise in the total number of community transmissions to 68, after 30 new cases were reported in the 24 hours to 8:00pm Saturday.

Of the new cases, 28 are directly linked to the Avalon cluster and, while two are still being investigated, they are from the Northern Beaches.

The new restrictions will be in place until midnight on Wednesday and include a limit of 10 visitors per household.

NSW Premier Gladys Berejiklian yesterday said there was no evidence “at this point in time” of mass seeding outside the Northern Beaches.

“And that is how we want to keep it, which is why it is so important for those of us who don’t live in the Northern Beaches to adhere to the new orders that will be in place,” she said.

All public indoor spaces have reverted to the rule of one person per four square metres and there is a cap of 300 people at hospitality venues and places of worship.

Singing, chanting and dancing at indoor venues is again banned, but bridal parties of 20 or less will be able to dance at weddings.

And people in Greater Sydney are strongly advised to stay away from visiting aged care homes until midnight on Wednesday, unless it is absolutely critical.

While health authorities have not made mask wearing compulsory, it is encouraged in public indoor spaces.

Coles yesterday moved to make the wearing of masks mandatory for staff in its stores across Greater Sydney and the Central Coast.

It “strongly” encouraged customers to wear face coverings in store.

The latest case numbers and restrictions sparked other states and territories to tighten their borders with Greater Sydney.

It prompted crowds at Sydney Airport, with people keen to travel before the border changes came into effect.

Victoria increased its “red zone” to include Greater Sydney and the Central Coast, in addition to the Northern Beaches, whose residents it already banned on Saturday.

Both states gave returning residents more time to get home.

The ACT, Tasmania, Northern Territory and South Australia now require anyone from Sydney to quarantine for 14 days on arrival, while WA reinstated a hard border for all of NSW.

Northern Beaches residents continue to line up for hours at pop-up testing clinics and the entire state is being urged to get tested if they develop even the mildest symptoms.

And NSW is so far heeding the warning, with 28,210 tests conducted across the state in the 24 hours to 8:00pm Saturday night.

While NSW Health hopes the latest restrictions will prevent the mass seeding of Covid-19 outside the Northern Beaches, it has released is a growing list of affected venues.