A number of European countries have banned, or are planning to ban, travel from the UK to prevent the spread of a more infectious Covid-19 variant. 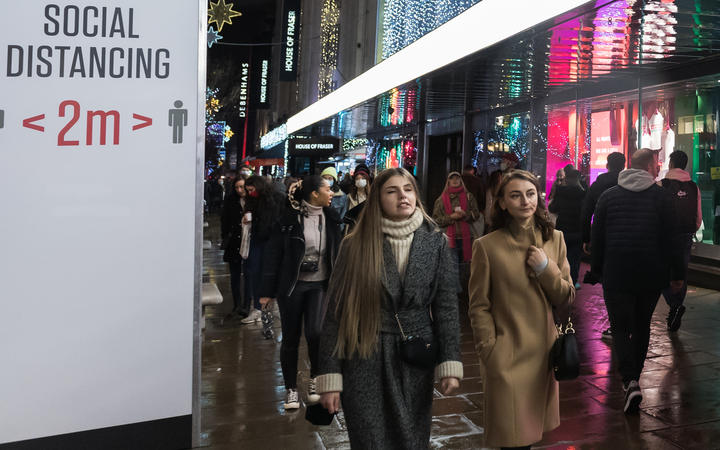 The Netherlands and Belgium have halted flights, with Italy to follow suit. Trains to Belgium are also suspended.

Ireland is expected to restrict flights and ferries from midnight local time on Sunday. France and Germany are among others considering similar action.

The new variant has spread quickly in London and south-east England.

Prime Minister Boris Johnson on Saturday introduced a new tier four level of restrictions, scrapping a planned relaxation of rules over the Christmas period for millions of people.

Top health officials said that there was no evidence the new variant was more deadly, or would react differently to vaccines, but it was proving to be up to 70 percent more transmissible.

Which countries have acted and how?

Within hours of the UK announcement on Saturday, the Netherlands said it would ban all passenger flights from the UK from 06:00 local time on Sunday until 1 January.

Pending “greater clarity” on the situation in the UK, the Dutch government said that further “risk of the new virus strain being introduced to the Netherlands should be minimised as much as possible”.

The country on Sunday reported a daily increase of more than 13,000 cases – a new record, despite tough lockdown measures being applied on 14 December.

Belgium is suspending flights and train arrivals from the UK from midnight on Sunday. Prime Minister Alexander De Croo told Belgian television channel VRT the ban would be in place for at least 24 hours as a “precautionary measure”, adding “we will see later if we need additional measures”.

Italy’s Foreign Minister Luigi Di Maio said on his Facebook page that the government was about to sign a measure to suspend flights from the UK.

In Ireland, urgent government talks were held and Minister for Health Stephen Donnelly said he expected a decision later on Sunday on a new advisory for travel from Britain.

Flights and ferries will reportedly be restricted from midnight on Sunday, although details are still being finalised. The measures are expected to remain in place for an initial 48 hours before being reviewed.

In Germany, a health ministry official told AFP news agency that the government was also considering banning flights from the UK, and South Africa, where a variant has also been detected.

The official said the German government was monitoring developments in the UK and working at “high pressure” to evaluate the new information and data regarding the new variant there.

“A decision will be announced during the day,” the channel said.

Austria is also planning a ban on flights from the UK, with details currently being worked out, Austrian media reported.

What is the new variant?

In the UK, it was first identified in the middle of October from a sample taken in September.

The World Health Organisation (WHO) says the same mutation has also been detected in the Netherlands, Denmark and Australia.

Dr Catherine Smallwood, of WHO Europe, said that as of 20 December, the numbers in those countries were small, nine in Denmark and one each in the other two nations. But she said other countries had notified WHO of other variants “that also carry some of the genetic changes seen in the UK variant”

The new UK variant has been shown to spread faster than the original virus – up to 70 percent more transmissible based on modelling figures – but scientific details on the genetic changes, and how they could affect the behaviour of Covid-19, remain unclear.

Although there is no indication the variant will be more resistant to already-developed vaccines, the mutation does involve the spike protein of the virus.

This is the part that helps it infect cells – and also the part the vaccines have been designed to target. So although scientific experts have warned against an alarmist response, they also say it is essential to track the variant and try to stay ahead of the virus.