New South Wales Health says the Northern Beaches Covid-19 cluster has grown to 17 cases and it has directed all residents in the area to limit their movements. 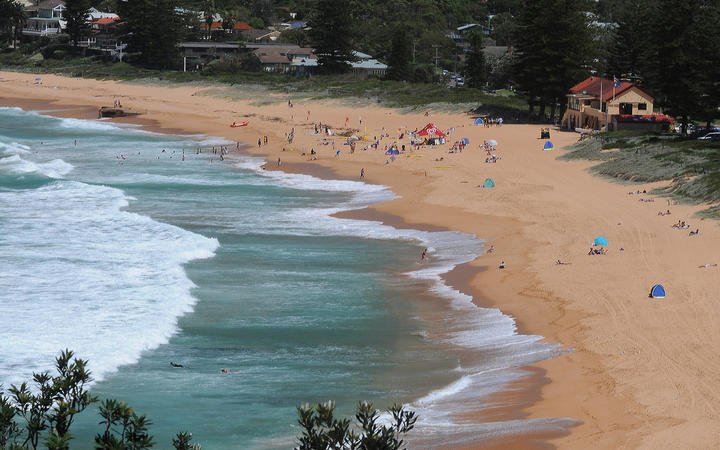 Authorities believe all the cases are linked and have urged all residents within the Northern Beaches local government area to stay at home.

Residents have been advised to work from home, keep to their household group and avoid all unnecessary gatherings.

“Do not visit friends or relatives in aged care facilities or hospitals unless [it is] essential,” a NSW Health statement said.

Residents have also been urged to avoid unnecessary travel outside their area, while those in other locations have been told to avoid travel into the Northern Beaches.

NSW Health can advise that 17 cases of COVID-19 have now been identified in the Northern Beaches area, including cases diagnosed yesterday and today. pic.twitter.com/XomF2pYzOn

“The new cases are mostly in the northern part of the Northern Beaches. We are currently investigating where they all are and where they may have been,” Dr McAnulty said.

“We are asking people on the Northern Beaches to help keep the community safe.

“Please work from home and stay at home as much as possible for the next three days.

“We know this is hard, but it is important we all work together to contain this outbreak.

“Anybody who has even the slightest symptoms, please come forward as soon as they appear so we can find cases.”

The Australian Health Protection Principal Committee (AHPPC) will meet tonight in response to the cluster.

NSW Chief Health Officer Kerry Chant said authorities were working on a theory the virus spread may have originated at the Avalon RSL.

Authorities are urging everyone who attended the club on 11 December to get tested.

A man in his 60s from Frenchs Forest tested positive today after performing with his band at the club on that day.

He has been travelling extensively with the band.

The Department of Education confirmed one of the new Covid-19 cases was an employee at its corporate office in Redfern.

“We directed all staff from the office affected to immediately work remotely from home while we complete the contact tracing process and have the office thoroughly cleaned,” a spokesperson for the department said.

All staff at the office have been told to self-isolate until they receive further notice from NSW Health.

It came as a woman who works at the Pittwater Palms Retirement Village at Avalon tested positive.

Residents and staff at Pittwater Palms Retirement Village who have come into contact with the staff member have been asked to get tested immediately and self-isolate.

How other states are responding

In response to the growing cluster, Queensland and Western Australia have imposed new restrictions.

From midday tomorrow, anyone who has been in the Northern Beaches region since 11 December will not be able to visit Queensland residential aged care centres, hospitals or correctional facilities.

Queensland’s Chief Health Officer, Jeanette Young, said anyone considering visiting the Northern Beaches should consider the risk of the area becoming a hotspot.

The West Australian Government said anyone who had arrived from NSW since 11 December must get tested and self-isolate within a day.

WA Premier Mark McGowan said because of the “evolving situation in NSW … [we are] taking immediate steps under its controlled border arrangements to further protect WA”.

Victoria’s Department of Health and Human Services (DHHS) says anyone who has been in the Northern Beaches area of Sydney since 11 December should stay at home and get tested on Friday.

Victorian and South Australian authorities have told the ABC they are not looking to close their borders to NSW at this time but will monitor the situation.