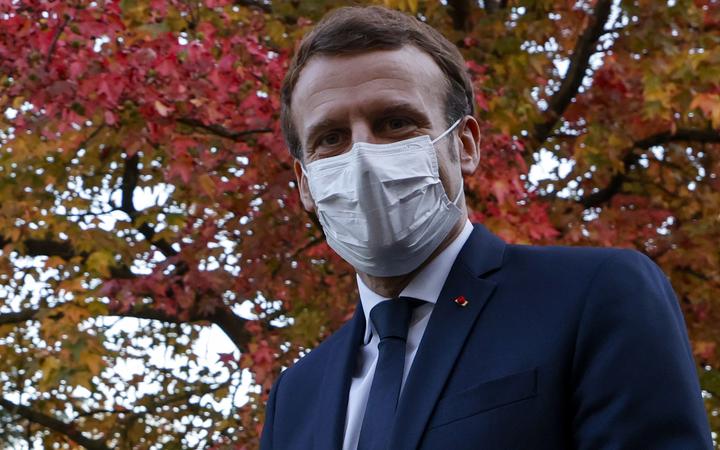 The 42-year-old took a test after symptoms appeared and will now isolate for seven days, the Elysée Palace said in a statement.

An official said Macron was “still in charge” of running the country and will work remotely.

France this week imposed an overnight curfew to help deal with soaring cases there.

There have been two million confirmed cases in the country since the epidemic began, with more than 59,400 deaths, according to data from Johns Hopkins University.

“The President of the Republic has been diagnosed positive for Covid-19 today,” the Elysée said in a statement on Thursday morning. “This diagnosis was made following an PCR test performed at the onset of the first symptoms.”

It is not yet known how Macron caught the virus but his office said it was identifying those he had been in close contact with to inform them of the situation.