The World Health Organisation (WHO) has urged Europeans to wear masks during family gatherings at Christmas. 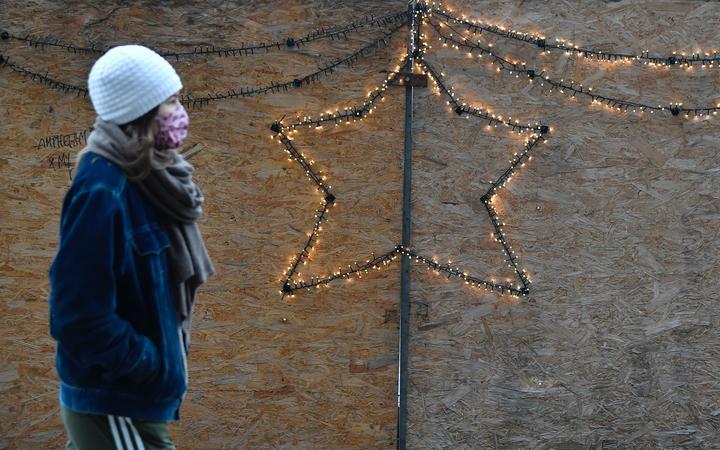 A pedestrian wearing a face mask passes Christmas lights on a wooden fence at Alexanderplatz square in Berlin.
Photo: AFP

It said Europe was at “high risk” of a new wave of coronavirus infections in the early part of 2021, as transmission of Covid-19 remained high.

Countries across the continent have been registering thousands of daily cases and hundreds of deaths.

Germany was among countries tightening restrictions on Wednesday, closing schools and non-essential businesses.

Meanwhile European Commission President Ursula von der Leyen said the first Covid vaccine would be authorised for use within a week.

von der Leyen told the European Parliament the Pfizer/BioNTech vaccine – developed in Germany – would be rolled out for the bloc immediately, more than a week earlier than originally envisaged.

What does the WHO say?

A statement from the WHO’s European regional office said that the massive increase in gatherings of families and friends across Europe during the winter holiday season brought a significant risk of increased Covid-19 transmission.

It urged individuals, families and communities to play their part to prevent another resurgence of cases.

Family gatherings should be held outside if possible, and if indoors participants should wear masks and practice social distancing, it said.

“It may feel awkward to wear masks and practise physical distancing when around friends and family, but doing so contributes significantly to ensuring that everyone remains safe and healthy,” the WHO added.

“Vulnerable people and older friends or relatives may find it very difficult to ask loved ones to stay away physically, regardless of the anxieties or concerns they may have. Consider what others may be feeling and the difficult decisions they will be facing.”

The statement also urges people to avoid crowded public transport, and suggests that countries with ski resorts take steps to adapt them to avoid crowding during the skiing season.

What are Germany’s new measures, and why now?

Only essential businesses such as supermarkets and banks will be allowed to remain open in the new lockdown in Germany, which will be in place until 10 January.

Christmas will see a slight easing, with one household allowed to host up to four close family members.

Restaurants, bars and leisure centres have been shut since November and some areas of the country had imposed their own lockdowns.

Hair salons are among the businesses which must close, while drinking alcohol in public places, such as at popular mulled wine stalls, is forbidden. Companies are being urged to allow employees to work from home.

The 952 new fatalities and 27,728 cases announced on Wednesday are a new peak for Germany’s pandemic, but may cover numbers that were not included in previous days’ statistics. 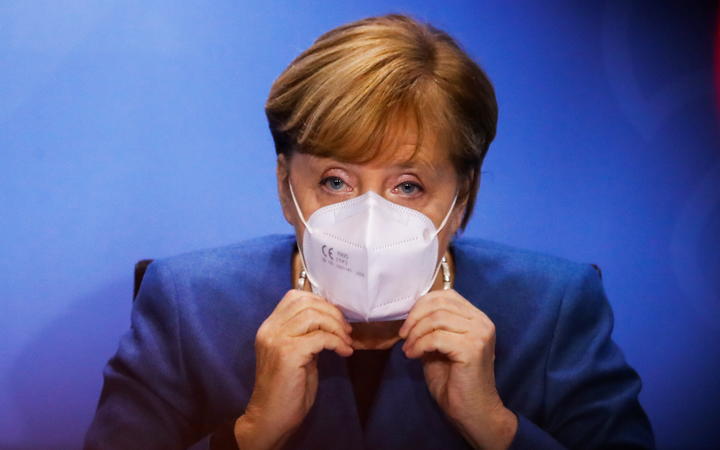 Lothar Wieler, head of Germany’s Robert Koch Institute, which is overseeing the Covid-19 response, said the situation was “more serious than it has ever been”.

Deutsche Welle reported that while cases in the younger population were falling, they were still rising among older people who were more likely to suffer more serious problems from the virus.

Numbers in intensive care are reported to have reached critical levels.

Announcing the new measures over the weekend, Chancellor Angela Merkel said that the “lockdown light” begun in November had not done enough to bring the virus under control.

The figures are particularly shocking, as during the early months of the pandemic Germany was more successful than many other European countries in its handling of the crisis.

Officials in Italy say the country is heading for its worst annual death toll since World War Two. Health advisers say the country, which has recorded the highest number of deaths in Europe, should lock down major cities over the Christmas period.

France replaces its second national lockdown with a curfew from 8pm to 6am. People will not be allowed out of the house during those hours without an authorisation form. Bars and restaurants will remain closed until at least 20 January.

Spain’s Prime Minister Pedro Sánchez has described a recent rise in infections there as “worrying”, and said the government may need to “toughen up” restrictions for the Christmas holiday.

The Netherlands is currently under a five-week lockdown, the strictest set of measures announced in the country since the pandemic began. Restrictions will be eased slightly for three days over Christmas

In the UK, London enters England’s highest tier of lockdown rules on Wednesday. Pubs and restaurants must close, except for takeaway and delivery, and indoor entertainment venues must remain shut.

Lithuania goes into lockdown, with a ban on non-essential movement between towns. Contact between separate households is also banned.

Austria is to set out its plans for Christmas, including an extension of the rules on mask-wearing indoors and limits on meetings between households.

Denmark is extending its “partial lockdown” across the whole country, with venues like restaurants and sports centres closed in all areas.