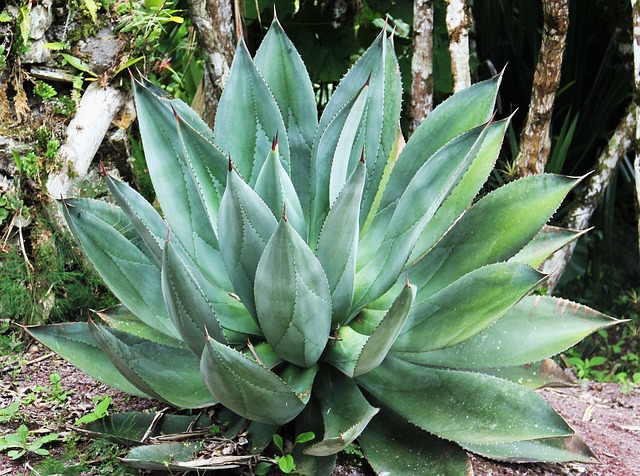 At the outset, it needs to be stated emphatically that the argument for a comprehensive land management policy is not to deter or prevent the economic wellbeing of people who are engaged in agriculture or to prevent or deter greater private sector participation in agricultural projects in the country. In fact, the need for such a policy is to ensure these objectives can be achieved without causing long term harm to the environment and the bio diversity of the country and within legally enforceable parameters.

As has been stated many times, a land management policy should be underpinned by the principle of achieving more with less, meaning, using less land to produce more through means such as agriculture reform, research and crop diversification.  Opening more and more land tracks for cultivation does not meet this criterion.

The project to grow Aloe Vera in the Rajanganaya, reportedly with the necessary approvals from the relevant government agencies such as the Environment Authority, has attracted a lot of attention for several reasons. It is understood however that an environmental impact study has not been carried out.

Several newspaper articles have been written about this project. It is not the intention here to repeat what appears to have been well researched and presented by several journalists and analysts.  Two articles amongst the many are referred to here to illustrate some key issues that are relevant to the need for a comprehensive and sustainable land policy for the country. They are http://www.themorning.lk/aloe-vera-cultivation-in-wilpattu-buffer-zone/ and http://www.dailymirror.lk/recomended-news/High-hopes-for-farmers-despite-looming-threats-to-Wilpattu/277-184628. It is suggested that readers who are interested in more details of this project and the issues that have been highlighted familiarise themselves with these and other articles written on this subject.

It is reported that over 100 acres of land had been cleared and lots are being demarcated with interlock-paved roads in the Rajanganaya, Yaya 18 area in Anuradhapura, in the Wilpattu Buffer zone. The investment for the project is stated to be USD 370 million and includes planting seedlings, construction of a dam across Panikkan Kulama Ela, a research plant, factory, indoor playground, research institute and development work at Rajanganaya Junction.

The investor for this project is understood to be Aura Lanka Herbals and its Managing Director (MD) Dr. Chandika Viranjith Thambugala. Press reports contend that concerns have been raised by residents that the private company owner, with the assistance of Minister of Environment and Wildlife Resources and Lands and Land Development S.M. Chandrasena is destroying the ecosystem in the area and trying to acquire state-owned land in the area through this project.

The news item states “With most of the land situated around the proposed plantation site in Rajanganaya belonging to the Government, there are several plots which have permits for cultivation and some that do not. Furthermore, some of that land belongs to the Departments of Wildlife Conservation and Forest, and some of it is under local government institutions.

When asked about the outcry created by the environmental organisations indicating that this project is causing massive damage to the ecosystem as it is conducted adjacent to the border of Wilpattu National Park, the Minister reportedly had responded that “It is in our nature to oppose any new development project that takes off. The public should not engage with such a school of thought. We need to understand that this project will not only assist the farming community in the area, but will also greatly benefit the country as Aloe Vera products have a huge market internationally. The President himself has instructed us to assist investors who are introducing projects that would uplift the livelihoods and the economy”.

The minister had also noted that after studying the project proposal, there was potential for the project to grow across 100,000 acres.

Issues which are relevant to the need for a comprehensive land management policy may be noted as (a) Why was a natural wild life park buffer zone selected for this project and why was the Wilpattu buffer zone chosen? Were there no other suitable land extents for this project?  (b) Although the extent of land used presently is 100 acres, the Minister has stated that the project has the potential to grow into 100,000 acres. This is 1000 times more than the present extent. Where will land come from for such an extension? Will more buffer zone land be cleared for this? (c) if and when the project expands as mentioned, and should the Environment Authority declines to approve further land clearance, what impact would that have on the project? (d) A large scale agriculture project will require a substantial amount of water. How will such water requirements be met? (e) Does Aloe Vera require fertiliser and chemicals? If so, what impact will that have on soil conditions, water tables etc., and directly and indirectly on health issues? (f) there appears to be confusion about what category of land has been cleared and earmarked for this project and which government agency is responsible for administration of such land. Besides, issues relating to land permits given to villagers for cultivation which they have supposedly sold to the private company have raised questions about the legality of such transactions. A question does arise how State land given on cultivation permits could be sold by such a permit holder to another individual or a company and (g) the project appears to be more than just an agricultural venture. If what has been reported about other infrastructure developments such as an indoor playground, developments of the Rajanganaya junction etc. are correct, the project certainly shows potential to grow into the 100,000 acres that Minister Chandrasena referred to and (h) How does this project fit in with the Bim Saviya land registration system? Are there survey plans and clear boundaries between the Wilpattu reserve and the buffer zone and the land cleared for this project? How would one determine whether there has been encroachment into the reserve? Has the project or its main investor got a land title for the 100 acres that has been cleared? If so, how did State land fall into the hands of an individual?

All these issues and possibly more raised by others need to be considered and addressed while the current and future governments work towards providing opportunities for people to improve their economic and social well-being. Making use of land for this purpose will always be a key avenue for their upliftment. However, shorter term benefits that do not take into account longer term costs such as harm to the environment and its bio diversity, and absence of a well-defined legal structure for land management will render such economic development work more damaging than benefiting the very people for whom opportunities are afforded.

The concerns expressed and protests lodged by many, including villagers are understandable. This is partly due to lack of clarity arising from the many issues as identified from (a) to (h) above.

The Aloe Vera project amply demonstrates the complexities that currently exists with regard to land management and possibly the potential for many to have their hands in the pot and spoil chances of future investments. If projects do get stalled for these reasons, interventions from the highest elected official in the country could become the norm, and this would undermine and weaken the administrative system in the country.

82% of land in Sri Lanka is classified as State land. There are also vast tracks of land that has traditionally been in the custodianship of religious institutions. Buddhist temple land is supposed to be quite extensive. There are forest reserves, wild life reserves and the so called no man’s land called “residual” land. There are also large extents of State land which are unproductive. There is plantation land where Tea, Rubber and Coconut and other crops are grown. It is known that some of these lands should be subject to crop diversification as some Tea and Rubber lands are unproductive. Improving productivity, attracting foreign investments and private sector participation has to consider how such currently available land could be made more productive before the remaining virgin forests are destroyed for short term convenience and benefit.

In the context of all this, not having a comprehensive and strategic land management policy for the country is not consistent with the Presidents own manifesto and the government’s overall governance document, Vistas of Prosperity and Splendour, and its key planks.

Land and people are the most valuable assets of the country. People will not exist without land, and land will not exist without environment protection and bio diversity. Bio diversity damage will need many years to heal. The effects of bio diversity damage done today will be felt for decades and more and it is the future generations that will pay the price for the callousness and imbecility of the present generation.