The US Food and Drug Administration (FDA) said it authorised the use of Pfizer Inc’s Covid-19 vaccine on Friday (local time), with the first inoculations expected within days, marking a turning point in the United States where the pandemic has killed more than 292,000 people. 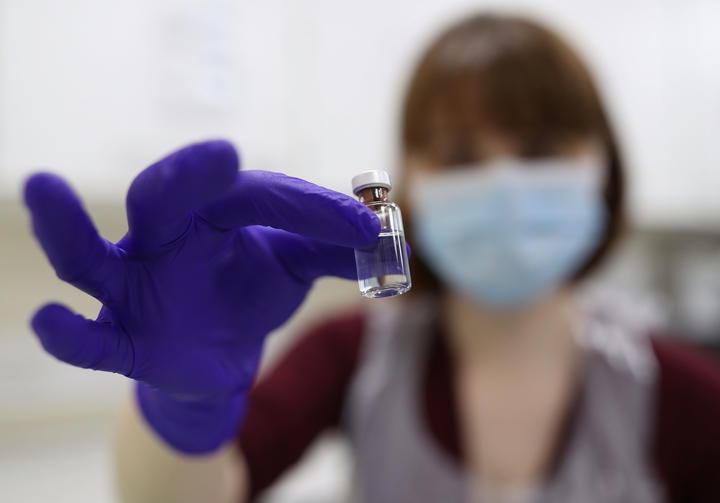 The FDA granted an emergency use authorisation for the vaccine, developed with German partner BioNTech, which was shown to be 95 percent effective in preventing the disease in a late-stage trial.

The FDA said the vaccine can be given to people aged 16 and older. Healthcare workers and elderly people in long-term care facilities are expected to be the main recipients of a first round of 2.9 million doses.

Another 2902 US deaths were reported on Thursday, a day after a record 3253 people died, a pace projected to continue for the next two to three months even with a rapid rollout of inoculations, which could start as soon as Monday.

Moving with unprecedented speed, the US Food and Drug Administration (FDA) on Friday was on the cusp of approving emergency use of the coronavirus vaccine developed by Pfizer Inc with its German partner BioNTech.

“The FDA informed Pfizer that they do intend to proceed towards an authorisation for their vaccine,” Health and Human Services Secretary Alex Azar told ABC News on Friday.

“We will work with Pfizer to get that shipped out so we could be seeing people getting vaccinated Monday or Tuesday,” Azar said.

Britain, Bahrain and Canada have already approved the Pfizer vaccine, and the US advisory panel is due to review a second vaccine, from Moderna Inc, next week.

Other vaccine candidates are in the works as the United States gears up for a campaign evocative of the polio inoculations of the 1950s and 1960s.

New York City will open a “Vaccine Command Center” across the street from City Hall on Monday to coordinate distribution throughout the city. Particular attention will be paid to the 27 hardest-hit neighborhoods largely populated by ethnic minorities, Mayor Bill de Blasio said.

“This is unprecedented because it’s not just about logistics, it’s about making sure we win public trust, it’s about ensuring equity,” de Blasio told a news briefing on Friday, promising to offer daily updates on the rollout.

New York state expects to receive 346,000 doses of the Moderna vaccine the week of 21 December, on top of the 170,000 Pfizer doses coming this weekend, Governor Andrew Cuomo told a news conference.

But as hospitalisations rise in the state, Cuomo announced that indoor dining in New York City, which resumed just over two months ago, will cease beginning Monday.