It is not too far away now.

Christmas eve is only two weeks away, and the jolly fat man will soon be climbing down chimneys everywhere.

Toys for both boys & girls who have been good will find their way into waiting arms. Too soon, he has come and gone and although the children look forward to his next visit, they know very little about him.

This will help you children to get to know Santa a bit better. Please read this interesting piece. Better still, ask your parents to tell you all about this jolly old man. Happy Christmas to all you boys and girls and don’t forget to be good during next year, too. 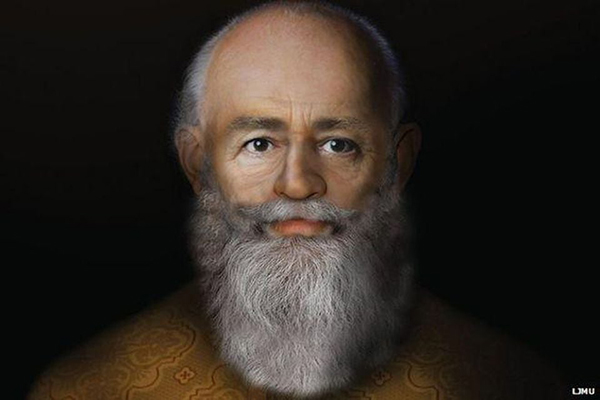 For new followers, a re-share of a Peace Page favorite for this day.

He died in the fourth century between the years 345 and 352 on December 6.

He is said to have helped a father save three young daughters from prostitution. He also helped three innocent men sentenced to death by a corrupt governor.

He was a dark-skinned man with a full beard, who was born in what is now Turkey, and traveled through the Middle East, most notably Egypt and Palestine. Once imprisoned, he spoke up and defended the weak, the poor, the helpless, victims of injustice, especially children.

He was born in Patara, a small town on the Mediterranean coast, 280 years after the birth of Christ, during the age of the Roman Empire.

“His parents died when he was young and left him with a substantial inheritance, which he used for many good works,” according to the Catholic Education Resource Center.

He would eventually become bishop of a small town in Asia Minor called Myra, near modern Finike, Turkey, sometime in the 300s.

“Though he’s one of the most popular saints in the Greek and Latin churches, his existence isn’t attested by any historical document, according to “Christianity Today”.

There are, however, many stories about him.

The one about the father and the three daughters is a popular story” according to the Catholic Education Resource Center. The father, as was common during those days, was going to sell his daughters into prostitution “since he could not afford to provide the necessary dowries for their marriages.”

The bishop “heard of the plight of the daughters and decided to help. In the dark of the night, he went to their home and tossed a bag of gold through an open window of the man’s house, thereby supplying the money for a proper dowry for the oldest daughter. The next two nights, he did the same. [His] generosity spared the girls from a sad fate.”

Another version of the story says when the window was closed, he actually dropped the bags of gold down the chimney.

The other story, according to the Catholic Education Resource Center, tells how he “intervened to spare three innocent men sentenced to death by a corrupt governor named Eustathius, whom [he] confronted and moved to do penance.”

According to the Washington Post, “details of his life are more legend than fact, written hundreds of years after his death; like many legends, they mix the vaguely plausible with the highly improbable.”

The tales of his generosity, selfless giving, unfaltering love, and justice would continually grow from the Middle East to Russia and Europe. In Europe, the Dutch would tell stories of this generous man. Eventually, those stories reached the young nation of America.

In America, the origin of his story has been credited to many individuals, but the most popular story happened after a father, after buying a turkey to donate to the poor during the holiday season, returned home to write a poem to his six children.

The poem he wrote started, “Twas the night before Christmas . . .”

Clement Clarke Moore’s poem became famous, and it would eventually be published with political cartoonist Thomas Nast’s portrait. Nast, known for also creating Uncle Sam, pictured “a right jolly old elf,” who had a broad face and a little round belly, that shook when he laughed, like a bowlful of jelly.”

This vision from Moore and Nast became popular, replacing the historical portrait of the original Bishop of Myra, and further versions eventually became even more commercialized, as one critic called it, symbolizing the current culture of materialism and corporate greed.

By now, you already know the bishop’s name – in Greek, it was “Saint Nikolaos”; in Dutch, “Sinterklaas”; in America, Santa Claus.

When St. Nicholas died, he was buried at his cathedral. That day became St. Nicholas Day, which is still marked annually by many Christians on December 6.

His origin, his real features, the truth of his story is still debated today.

In 1897, an 8-year-old girl named Virginia wrote a letter to The New York Sun, asking whether Santa Claus is real.

The editor responded, “Yes, Virginia, there is a Santa Claus. He exists as certainly as love and generosity and devotion exist, and you know that they abound and give to your life its highest beauty and joy. Alas! How dreary would be the world if there were no Santa Claus! It would be as dreary as if there were no Virginias. There would be no childlike faith then, no poetry, no romance to make tolerable this existence. We should have no enjoyment, except in sense and sight. The external light with which childhood fills the world would be extinguished…. Nobody sees Santa Claus but that is no sign that there is no Santa Claus. The most real things in the world are those that neither children nor men can see…. Thank God! He lives, and he lives forever.”

In NPR, Professor Adam English of Campbell University in North Carolina, author of “The Saint Who Would Be Santa Claus: The True Life and Trials of Nicholas of Myra”, puts St. Nicholas’ story and what his story means in this context: