A number of Defence Force staff at managed isolation or quarantine facilities have been investigated for alleged misconduct. 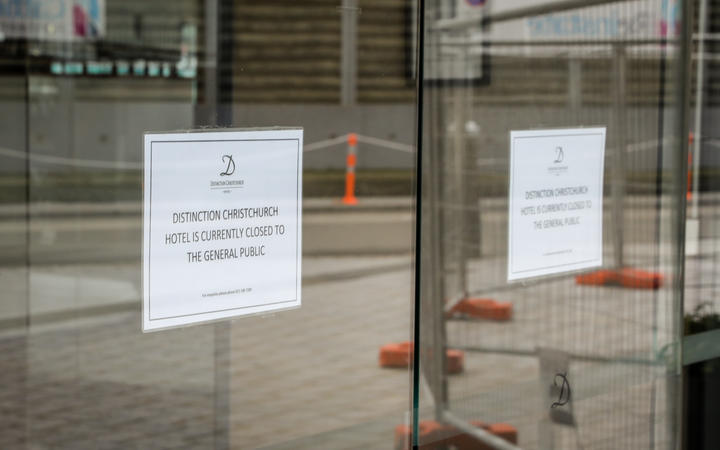 The alleged incidents happened at the Christchurch, Rotorua and Auckland isolation facilities between August and November.
Photo: RNZ / Nate McKinnon

The cases upheld include a Defence Force security staff member passing a returnee a note which included their personal phone number.

The person involved has been charged under the Armed Forces Discipline Act.

In another case, a civilian security guard was shown an explicit image on a phone.

The person has been removed from duty and are undertaking corrective training.

The alleged incidents happened at the Christchurch, Rotorua and Auckland isolation facilities between August and November.

Meanwhile, the head of managed isolation and quarantine is standing down from the job as the operation switches to its next phase.

Air Commodore Darryn Webb, 49, took on the position in June.

He will be replaced by Army Land component Commander Brigadier Jim Bliss.

Air Commodore Webb dealt with more than 10 people who escaped from the facilities during his time as head of managed isolation and quarantine, with more than 80,000 passing through the system.

The Ministry for Business, Innovation and Employment says it was always planned that he would end his secondment with the ministry this Friday.

A spokesperson said it was an incredibly tough role and Air Commander Webb had always led with great calmness, poise and humour.