One of Christchurch’s main anchor projects, the Metro Sports facility, is making steady progress but delays due to Covid means it’s now two years away from operating.

Set to open in 2022, it will be the largest aquatic, indoor recreation and leisure venue of its kind in New Zealand, accessible to people of all ages and abilities.

Ōtākaro Limited chief executive John Bridgman said there was still a lot to do, but the structural foundations were coming along nicely.

“The opening date isn’t clear yet, we still have some challenges. It is really good to see it form up so people can really see the scale of it.”

The $301 million project was meant to be finished by next year but has now be delayed further due to Covid-19. 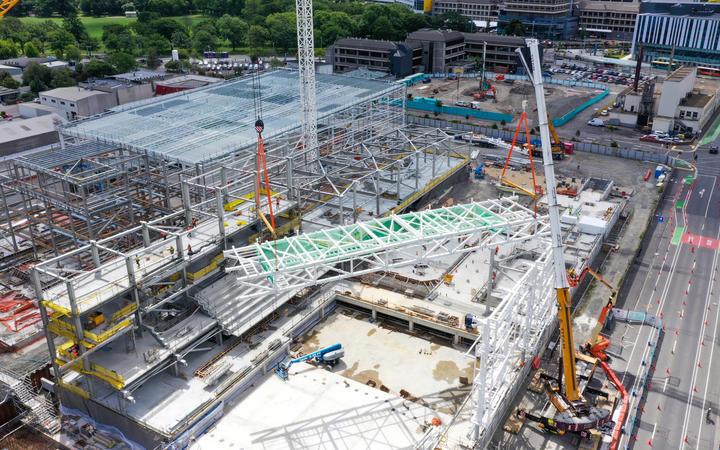 Construction on the project.
Photo: Supplied

The beast of a project is a huge work in progress – covering more than 30,000 metres squared.

Covid has caused some major delays with at least five overseas workers still left to join the project.

The heaviest lift in the construction of any anchor project to date was carried out with the installation of the first 63-tonne roof truss section.

The 43m-long roof truss weighs the same as 10 African elephants and is one of five sections that will span the facility’s competition pool.

Steel installation of roof trusses will continue along Antigua Street into the new year, alongside similar work around the six community courts, which extend towards Moorhouse Avenue. 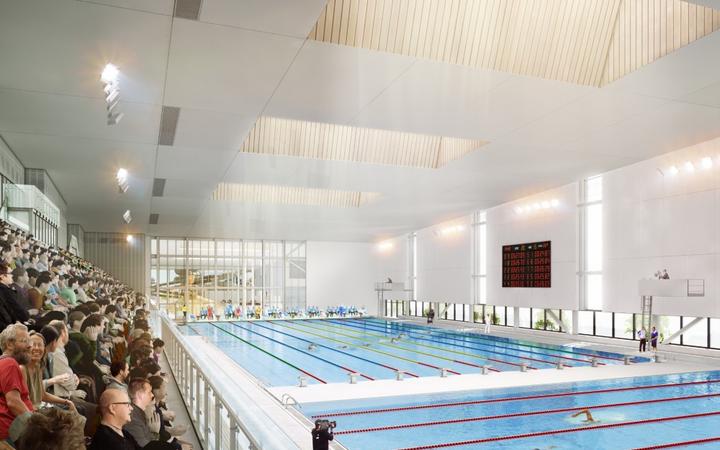 Christchurch’s diving community could not be happier about the new facility.

“We’ve been out of business since the earthquakes. It’s been over 10 years since we’ve been able to practice our sport. We will hold events and training camps here,” Canterbury Diving Club president, Ian Phillips said.

The diving group dropped from 100 to just 2 members over the period, but Phillips was excited for that to change.

“This is going to be huge for the sporting community. They have helped designed this and put in requests. It is long awaited but certainly it is going to make a big impact.”