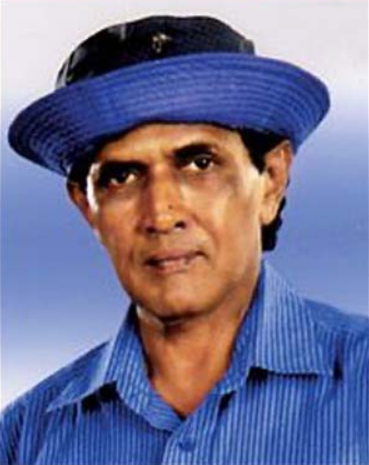 The sad news just to hand, came from Priya Peiris of Moratuwa, about the passing away of Paul Fernando, a good friend of his, in fact, one who he (Priya) had mentored and encouraged all along, on the very difficult road in Show-biz in Sri Lanka, just as it is everywhere else.

I did not have the privilege of knowing Paul, personally, but knew about him, via his recordings as a young lad, after I came out to Melbourne. Even as a teenager, this guy was “personality plus”, good looking, vibrant, and, from what I was given to understand, a pleasure to be with, & listen to, as he sang his heart out, to anyone who would listen,

Paul Fernando, WAS the Prince of Baila, as far as I was concerned, and has been called to his rest, much too early. He was born in 1951, developed some lung problems in later life and died, aged only sixty nine.

I got in touch with another of his admirers, & good friend, Jude Goonewardane in London and together, we decided that this Prince of Baila must be featured in tribute, on eLanka, so without further ado, ladies & gentlemen, here he is, Paul Fernando, with my choice of three of his best bailas, (and there were many) to choose from. To his family, friends and fans, sincere condolences from all of us, Lankans. Vale’ Paul Fernando, Prince of Baila, we will never forget you.