Business leaders aren’t backing National Party’s call for the government to “rein in” the Reserve Bank and insist conditions be put around new funding. 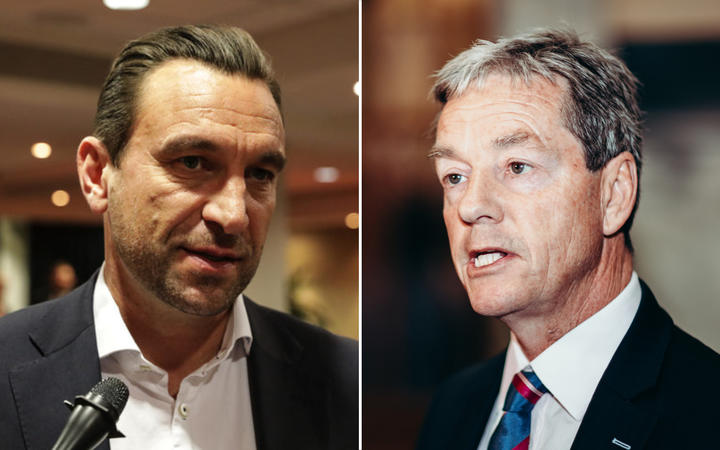 The National Party wants the government to ensure that the $28 billion Funding for Lending Programme is targeted at the more productive parts of the economy – so it doesn’t flow into an already unaffordable housing market.

Shadow Treasurer Andrew Bayly said while the independence of the Reserve Bank was paramount, without conditions, he believed the funding would be gobbled up by property investors.

He said the government could and should be clear about its expectations.

“All I’m suggesting is that if the government is clear that we do not want to see rapid escalation of house prices, the Reserve Bank is smart enough to be able to work out the best policies to implement to make sure that doesn’t continue to occur,” he said.

But Business New Zealand head Kirk Hope wanted the government to stay out of it, saying lending decisions were best left up to the banking sector.

“You’ve already seen some of the banks come out and, for example, introduce their own loan-to-value ratio restrictions with respect to housing, so I think they’re in the best possible [position] to make the risk decisions about where they lend to and you can expect that they’ll be lending to the place where they can make the biggest difference,” he said.

Kirk said the lending scheme aimed to bring down interest rates and if the benefits of that were passed onto businesses and consumers, that was a good thing.

He was not worried that the lion’s share might end up in the pockets of property investors.

“The way that the scheme is set up is that it’s a proportion of banks’ assets and they will have to pick who they lend to. The clearly stated purpose of it is to provide cheaper funding costs for businesses and consumers and I think that’s important right now,” he said.

The Reserve Bank last week unveiled a new Funding for Lending Programme, which is expected to be rolled out next month.
Photo: RNZ / Alexander Robertson

Infometrics senior economist Brad Olsen said National was treading a dangerous path with its call to rein in the Reserve Bank, which was simply doing its job with the blunt tools it had.

“It’s quite clear that the increased activity in the housing market has been driven by low interest rates. I’m not sure exactly how else we were supposed to try and bring interest rates lower to stimulate economic activity,” Olsen said.

“The risks I guess of doing nothing do actually outweigh the heat in the housing market.”

Olsen is blaming the galloping house prices on the failure of successive governments to build more homes.

He said insisting the Reserve Bank target the new lending at businesses would make things complicated and in the end wouldn’t make much of a difference.

But Andrew Bayly rejects that.

“There’s always demand for businesses. What we’ve seen is basically $6.5 billion go out of the business sector and into the housing sector. So to say that there’s no longer borrowing requirement from businesses I think is a heroic assumption,” he said.

Kirk Hope said businesses had been in a bit of a holding pattern – waiting to see how the election and the pandemic play out.

But with the economy more resilient than anticipated, he expects to see greater demand for credit in the New Year.