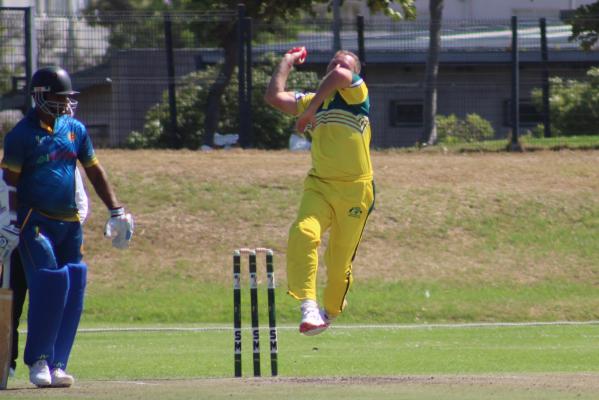 Competition for spots in the Endeavour Hills first XI is going to be fierce in a shortened Victorian Sub-District Cricket Association (VSDCA) pre-season.

There will be no preconceived notions for coach Nick Bole-Brown and skipper Chris Pereira about who fits where in the Eagles’ pecking order, with training form and practice match figures to weigh more heavily than usual in the thinking of the all-new leadership.

While there will be consultation with club veterans to help assess previous seasons by individuals, Bole-Brown and Pereira will keep an open mind and get their own gauge on players in the days leading up to the season opener against Brighton on 21 November before making final calls on selection.

“Without giving too much away, the side could change a fair bit from last year,” Bole-Brown said.

“We could have four or five new guys in the ones.

“Everyone is on the same level.”

A battle for places in the first XI is healthy for Endeavour Hills.

The Eagles were Twenty20 champions last summer and just missed out on the finals, but their lack of top-end depth hurt at times in the longer format and ultimately cost them a spot in the finals.

Not only have the Eagles recruited strongly, they are hoping to build naturally from within.

Bole-Brown is expecting the Eagles youngsters to command positions in the top side.

“The new players we’ve got across are very keen and want to perform,” he said.

“Some of the kids that came back from last year are bigger and stronger and have improved.

“They’re the improvement that we want because ideally you want to promote from within the club.”

Pereira has returned to Endeavour Hills to captain the firsts.

The veteran fast bowler is showing no signs of slowing down in his late-30s.

“He’s pushing through nicely [at training].

“I think he’s probably fitter than he’s ever been.”

A huge off-season signing for Endeavour Hills was young batsman Austin Heldt, brought in from North Dandenong in the DDCA.

A former Victorian under-19 representative, Heldt has played at Premier Cricket level, including a fleeting stint in District first XI.

It is not just the newly acquired first XI players that have Bole-Brown excited, but the “abundance” of new faces at the club’s first training session back last Monday night that will strengthen all XIs.

The new-found depth across all the grades bodes well for top-to-bottom success.

“The threes and fours played finals last year, the twos finished off well and the ones won the T20 competition and were only a game or two outside the finals, but I think we’ve got more depth throughout the club in general, so they’ll have to fight for their spots,” Bole-Brown said.

Bole-Brown is perhaps the most significant acquisition for Endeavour Hills this off-season.

The coach brings a wealth of knowledge to the role, having played at District level in Melbourne, Adelaide and Brisbane, while rising to South Australian second XI status in his time in the city of churches.

“It’s been 47 years straight of playing cricket and I still love it,” he said.

“It doesn’t matter how old you are, you’ve still got the competitive spirit when you go on to the ground.”

Endeavour Hills’ first competitive game will be a practice match against Noble Park on Saturday.