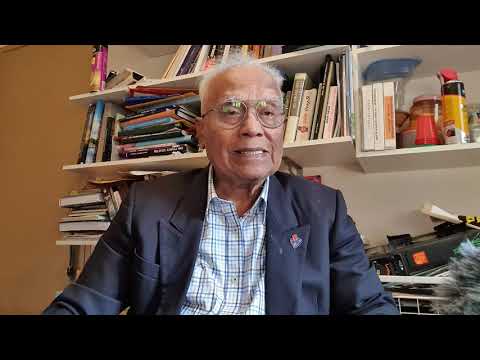 H.E. Nimal Bandara, Consul General of the socialist republic of Sri Lanka is leaving us after working in his duties just for over a year.

He assumed duties at the Consulate General’s Office in Sydney on 16 October 2019.

He was successfully being established in Sydney within that short period, coming to know the Sri Lankan community, attending many of the functions organised by the various groups and associations.

Before the assumption of duties, the Consul General and staff observed the religious observances conducted by Ven. Katugastota Soma Thero and Ven. Polgahawela Anandamaithri of Catai Temple in Sydney.

That signifies the mind and the credibility of the person with a religious background getting the blessings of the Triple Gem before commencing work in his official duties.

He was a friendly, amiable, and approachable person, ever willing to help the community in his capacity with sincerity and we are unfortunate to see him leaving us to accept an appointment in Cyprus.

Of course, we heard that he was asked to continue in Sydney as deputy Consul General, but he preferred to be appointed as Consul General in another country, being quite a senior member of the foreign service with much experience.

During his tenure as Consul General of Sri Lanka for NSW and Queensland he has worked in community activities, and has been close with the Sri Lankan community, attending all functions and helping in official matters to the best of his abilities.

This year’s colourful independence day ceremony at the Great Hall was a great success, attended by over 500 Sri Lankans of all ethnic communities, with participation of Her Excellency the Governor of NSW and many other government and opposition parties and political leaders, on the 4th February.

His special interest was to introduce the Sinhala language as a second subject in Australian schools and has been successful in that Endeavor. Mr Bandara realized the importance of Sinhala Language education to develop good Sri Lankan children to be future Australian citizens, and initiated a program to develop volunteer Sinhala Language teachers in several states

His work has been fully appreciated from a letter I have seen sent by the President of the Federation of Sri Lankan Organization in Queensland.

We are saddened with the news that you will be leaving your current position of Consulate General of Sri Lanka to undertake a diplomatic position in a European country. While we wish all success in your new position, we take this opportunity convey our appreciation of some your initiatives which contributed greater value to the broader Sri Lankan community in particular the Sri Lankan community in Queensland.

From the very beginning you indicated your intention to have a closer association with us at the FSOQ and our eight (8) member organizations in pursuance of an active agenda for community development.

During early stages of COVID-19 crises, when Sri Lankan students living in Australia were badly affected due to loss of casual income and deprivation of support from their parents, Mr Bandara took initiative to encourage Sri Lankan organizations to provide needed assistance in both emotional and in kind.

The Sri Lankan community at large, was deeply saddened to see his departure prematurely and from the list  detailed below of wishing well and congratulatory messages from his well wishes you could appreciate how well he was accepted in our community in Australia.

Mr. Bandara, on behalf of our community in both States I wish you the best of luck in your future carriers and health also goes with it.

Please be in touch with us.