White House chief of staff Mark Meadows, who has frequently appeared at public events without wearing a mask, has been diagnosed with Covid-19, media in the US are reporting. 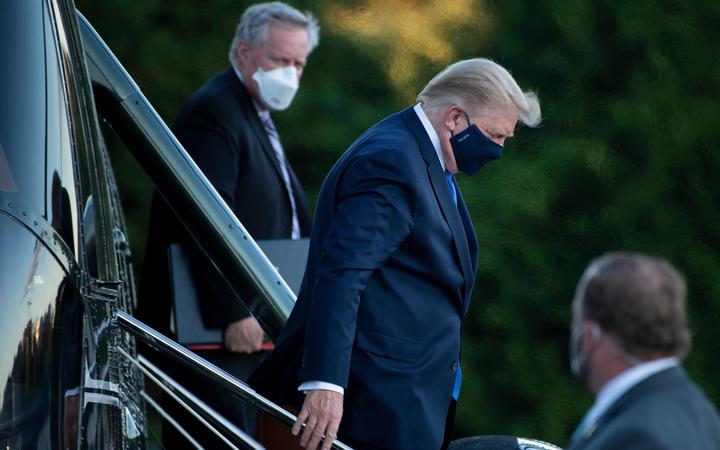 It was not immediately clear when or how he was infected.

Meadows regularly accompanied US President Donald Trump on the final frenzied days of the campaign rallies leading up to the presidential election on Tuesday (US time).

Bloomberg correspondent Jennifer Jacobs reported that four other White House aides also have Covid-19 and there was an effort within the White House to keep Meadows’ diagnosis a secret.

NEWS: Along with Trump chief of staff Mark Meadows, at least FOUR other White House aides currently have coronavirus, per sources.

Pains were taken to keep Meadows’ illness a secret, I’m told. And people around him who knew were told to keep quiet.

Meadows, who was at a White House election night party attended by dozens of Trump loyalists, is the latest official within Trump’s close circle to have contracted Covid-19, which has killed more than 230,000 Americans.

Trump, his wife Melania and son Barron all previously fought off the coronavirus infection, as has Trump’s national security adviser Robert O’Brien.

As the United States waits with bated breath for the presidential election result, the Covid-19 pandemic rages on.

Today, the country set a new record for the third consecutive day, with 127,000 new cases, according to a tally by Johns Hopkins University.

This brings the total number of US cases to nearly 10 million.

The US remains the worst hit country in the world in terms of cases and deaths, with over 236,000 reported fatalities. There has been a surge of new cases in Midwestern states, with North Dakota, South Dakota, Iowa and Wisconsin all considered new hotspots.

Texas is inching closer to the one million case mark, outpacing California as the state with the highest number of total cases.