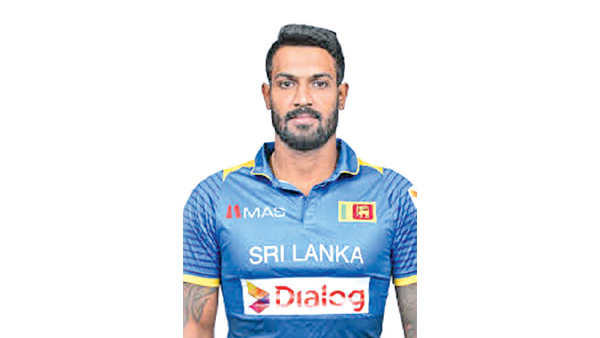 Chamara Kapugedara started his cricket career at Dharmaraja at the age of ten and had the honour of Captaining all the teams from Under 13 to Under 19 and he had the distinction of scoring centuries in each age group. He was the only Schoolboy from Kandy Schools to top the 1000 run mark in the year 2003. When he toured Pakistan with the Sri lanka Schools in the year 2004 he scored 112 in the first test match against Pakistan Schools and 134 in the third limited over Match. He represented Sri Lanka in eight test matches and scored 418 runs and

his highest score was 96 runs. He played 102 ODI Matches and scored 1624 runs and his highest score was 95 runs. In T20 matches he represented the Country in 43 matches scoring 703 runs and his top score was 50 runs . He was included in the ‘Uthura Rudras’ for Sri Lanka Premier League and scored a match winning 69 runs against ‘Basnahira Cricket Dundee’. Chamara Kapugedara as mentioned, played all formats of the game and was a former ODI Captain who was a permanent member of the National Cricket team from 2006 upto 2010. He was also a member of the first T/20 International match for Sri Lanka , batting at No.6 and he re-entered the National Side in mid 2015 and played the role of a middle order batsman. He was coached by former Dharmaraja Skipper and Central Province Player D.G.W.Karunaratne.

In December, 2019 he retired from all formats of Sri Lanka Cricket and at present he has signed up to Coach Moors Cricket Club in the next three years.