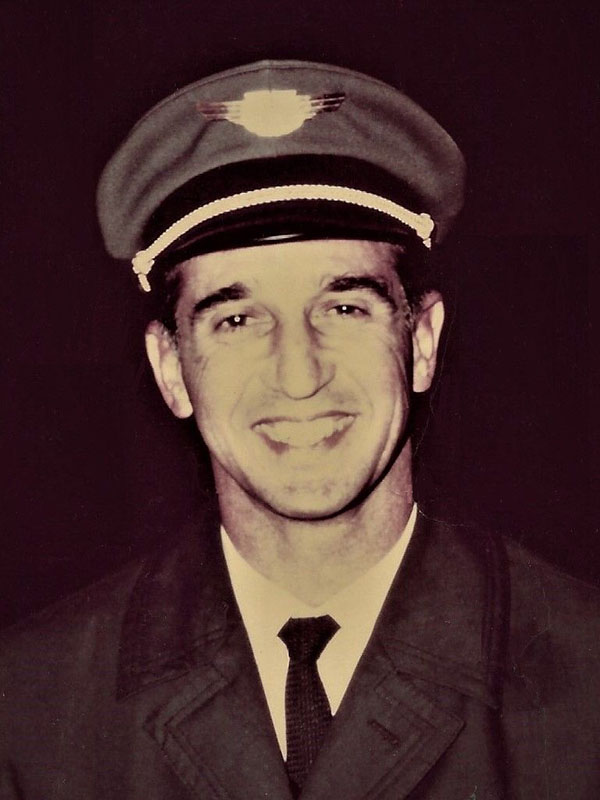 It was a lazy April morning in Bangkok’s Don Muang Airport. The Globe Air Charter flight carrying 120 Swiss and German passengers was about to taxi out for takeoff. The planned journey was long, starting in Thailand and ending up in Switzerland, with re-fueling stops in Colombo, Bombay and Cairo, before flying the last leg to its destination – Basel. The plane carried 10 crew – five in the cabin and five in the cockpit comprised of three pilots and two flight engineers, what they called a heavy crew to fly multi-sector long haul flights. In command was Capt. St Elmo Muller, a Ceylonese pilot who had served in the RAF during the second world war.

Capt. Mullerwas born in Colombo and educated at St. Joseph’s College. He learnt to fly as a teenager and obtained an ‘A’ licence at Ratmalana. They say that Muller used to cycle from Colombo to Ratmalana Airport to take his flying lessons from renowned flying instructor, Flight Lieutenant Robert Duncanson. Subsequently, Elmo Muller was one of the first 15 Ceylonese to join the Royal Air Force and leave for training to the UK. Four of the 15 were selected as fighter pilots and Elmo Muller trained to fly heavier bombers. He also flew reconnaissance Spitfires attached to Squadron 543 of the RAF. Having entered the RAF as a Sergeant Pilot he rose to the rank of Flight Lieutenant by 1945, when he was just 24 years of age.  His quick rise through the ranks say much about Muller as an officer and a pilot.

After the war, Muller remained in Europe, flew charter aeroplanes for different companies, and served as a commercial pilot with EL AL, the national carrier of Israel.

This was the Capt. St Elmo Muller, aged 45, who took off from Bangkok on the19th of April 1967 – an experienced airman with 8285 flying hours, of which 1493 were logged on Britannia aircraft.  The co-pilot was P. Hippenmeyer, aged 24, a Swiss national, with a total of 1860 hours, of which 785 were on Britannia aeroplanes. The extra pilot – Capt. H.M. Day, a 40-year old DC-3 pilot, with 9680 flying hours to his credit – was not rated on the Britannia, but may have been under training as he had 49 hours on this type. The three pilots together totalled almost 20,000 flying hours.  Rated or not, there was a considerable amount of experience in that flight deck. As for the two flight engineers, H.W Saunders and H.J. Geisen, they both held valid Swiss Flight Engineer Licences endorsed to operate Britannias. 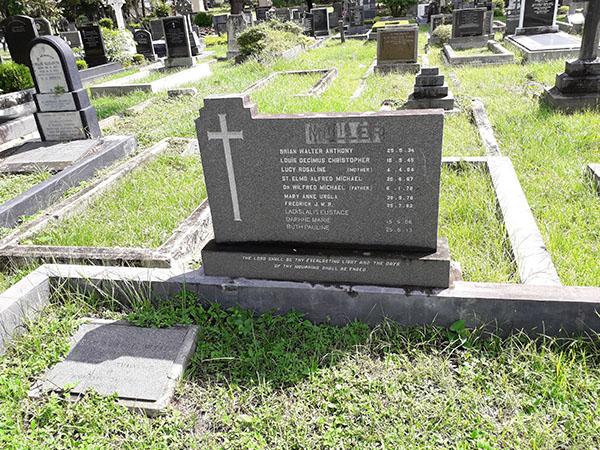 The aeroplane was a 10-year old Bristol Britannia powered by four Wright R-3350 turbo-compound engines. The Britannia was certainly the best British long range aeroplane at the time, fighting for its place among the Boeing Stratocruisers, Douglas DC-6s and the Lockheed Constellations that were built across the Atlantic. The Bristol Britannia was as good a plane as any, ranked alongside the best of aeroplanes until the jets, mainly 707s and DC-8s, took to the skies.

The first sector from Bangkok was uneventful. They had five crew members who could swap places in the flight deck which needed three crew members to man. However, as pilot Day was not qualified on the type, whatever resting Capt. Muller did, needed to happen while seated at the Captain’s seat; not the best manner to rest, but a common practice among long haul operators. Doubtless, the journey from Bangkok to Basel, with its three mandatory stops, required great endurance from Capt. Muller. As for the others, they would have managed their in-flight rest periods to stay fresh and focused for the shifts they had to work.

Being late April with the South West monsoon active in Ceylon the Britannia would have landed on Runway (R/W) 22 in Colombo. The crew likely stretched their legs while the plane re-fueled, before setting off for Santa Cruz Airport in Bombay. That sector would have been the shortest in the flight plan and the easiest to fly. It was bright day light, and the track was over land with adequate navigational beacons for route corrections, dotted with en-route alternates across western India in case of an emergency.

By the time the Globe Air Britannia reached Bombay, they had flown two sectors of the four they were to fly and likely clocked over 10 hours of duty time. Duty time includes the 90 minutes of pre-flight preparation and another 30 – in some companies, 60 – minutes of post flight work.

Several factors influence the calculation of flight time and duty time. Suffice it to say by the time they were to land in Cairo after the nine-hour leg from Bombay, the crew would have well exceeded their duty time limitations. However, this was an unscheduled charter, and it was 1967. It may not have been considered a mortal sin to stretch the limits of duty time. After all, they had five crew members to share the workload. Departing Bombay, the Britannia took off with 11 hours and 10 minutes’ fuel endurance for the nine-hour flight. Capt. Muller headed west crossing the Arabian Sea to enter Omani Airspace. This was the longest leg of the trip – destination Cairo, the penultimate stop before Basel. I do not know the exact route they flew, but they would have flown over the Middle Eastern Emirates and Saudi Arabia, and past the Eastern Mediterranean to reach Cairo. By this time, the crew would have been on duty for over 20 hours and Capt. Muller, in command, would have been confined to his seat throughout except for his toilet breaks.  That the crew was fatigued is doubtless; the limit for a present-day modern jet, flying a three-pilot operation, is around 12 hours.

As the Britannia approached Cairo, the weather gods played their Ace of Trumps. The airport was covered with thunderstorms and arriving pilots diverted to safe havens around the edge of the Mediterranean looking for alternates to land. Globe Air Britannia, after flying nine hours from Bombay, probably had approximately two hours of fuel left in the tanks when Capt. Muller made his decision to divert.  The designated alternate for Globe Air was Beirut. The weather there was good – calm winds with one Okta (1/8th of the sky) of cumulus clouds. Cairo being equidistant from Beirut and Nicosia, just a little over 300 nautical miles, Capt. Muller opted to re-nominate Nicosia airport as his preferred alternate and headed to Cyprus.

Nicosia Airport was forecasting intermittent weather with thunderstorms. Capt Muller was no fool; he was a very experienced pilot. He must have had very good reasons for choosing Nicosia. The question remains unanswered why Capt. Muller did not divert to Beirut.  I can only surmise of course, but could the answer lie in Capt. Muller’s passport? With his many years flying for EL AL, Capt. Muller’s passport pages would have carried multiple Israeli immigration stamps. The aeroplane itself was at one time Israeli-owned and perhaps remained so at the time of the flight, though leased to Globe Air. 1967 was a very volatile time in the Middle East and this was just two months before the six-day war.

Did Capt. Muller feel safer diverting to neutral Nicosia? I could be wrong, but I believe Muller made a professionally reasoned Captain’s decision to land in Nicosia. Some may fault him for not going to Beirut but given his experience and in the absence of evidence to the contrary, it is wrong to presume his decision was made lightly or without consideration. The political upheaval in the area posed a viable threat and perhaps an understandable reason for Capt. Muller to avoid Beirut. Yet one must not forget he was already scheduled to fly to Cairo, an Arab majority country, no different to Beirut vis-à-vis  Israel.  While the scheduled stop may have felt safe, perhaps an unscheduled diversion by an ex-EL AL pilot flying what was possibly an Israeli registered aeroplane may have felt too risky?

I can think of no other reason why the Britannia diverted to Nicosia airport in Cyprus.

At 2215 GMT, other aeroplanes in the area heard Globe Air calling Nicosia. Beirut heard it too and passed a message to Nicosia Control that Globe Air was making attempts to contact them. At 2300 Nicosia Approach talked to Globe Air and gave them the latest weather report. With 5/8 of the sky around the Nicosia aerodrome covered with thunderstorms, this was always going to be a difficult arrival. The airport did not have an Instrument Landing System (ILS) and was only fitted with a VOR for a non-precision approach. Globe Air came over the airfield at 2306 and was cleared for a right hand downwind to approach on R/W 32. At 2310 the Britannia reported it was over the R/W 32 threshold but as it was slightly high, the Captain executed a missed approach. The Tower then cleared Globe Air for a left-hand downwind circuit for R/W 32. Capt. Muller accepted the clearance and said he would fly a low-level visual circuit, doing his best to keep the runway in sight on his left.

The Swiss registered HB-ITB Britannia that Capt. Muller was flying did not have a Flight Recorder fitted. The airport did not have RADAR to track the path of the aeroplane. The only evidence available after the accident for investigations were the Air Traffic Control tapes, which recorded the communications between Globe Air and the Tower. The last message on tape was the pilot stating he was doing a low-level circuit. Sitting at my desk, more than fifty years later, I can only give careful consideration to all the circumstances and make an educated guess as to what happened next.

The Britannia was probably flying at 1000 feet, maybe 800 ft, on a left-hand downwind a heading of 140 degrees. The dark midnight sky was covered with 5 oktas of thundery cumulonimbus, the visibility further reduced by rain. I picture Capt. Muller looking out of the left window to keep the runway in sight, as well as scanning his flight instruments to stay on track, speed and altitude. His fuel too may not have been much, as he started with 11 hours and 10 minutes from Bombay and burnt nine hours to get to Cairo.  The diversion to Nicosia would have cost him another hour of fuel and the missed approach he executed in Nicosia may have burnt at least another 10 minutes of the precious little left. Capt. Muller was likely sitting on less than one hour’s worth of fuel when he was flying the low-level circuit: not enough to go anywhere except Nicosia.

In addition to all these calamitous facts, St Elmo Muller had sat on his Captain’s seat for more than 22 hours. If ever a deck was stacked against an Airline Captain, this was it.

45 seconds after passing the R/W 32 threshold, the Britannia commenced its left turn to the base leg heading of 050, which would have brought it perpendicular to R/W 32.

It was then, at 2313, that the left wing of the aeroplane hit the side of a hill at a height of 820 ft, 22 feet below the crest. The heading at point of impact was 068 degrees, the aircraft still turning to 050, the base leg heading. The wing broke and the aircraft rolled and hit another hillock, bursting into flames and killing 126 of the occupants. Almost impossibly, four survived, three of them severely  injured.  The fourth walked away from the crash without a scratch.

“The accident resulted from an attempt to make an approach at a height too low to clear rising ground.” That was the conclusion of  the Nicosia Civil Aviation Authority after their investigation.

Without the information from a flight recorder it is difficult to know what really happened. The information from different sources is contradictory and as with most airline crashes, none of the flight crew lived to tell the tale.

Capt. St Elmo Muller’s remains were brought to Ceylon in a sealed coffin and placed in the Muller family vault at the Kanatte Cemetery.

I sincerely hope what I wrote would bring memories of an honourable Ceylonese aviator who should be remembered.

The truth of what happened on that fateful night remains lost forever on a Cypriot hill. 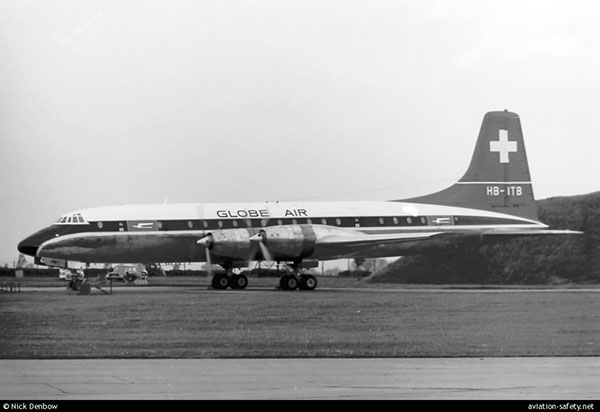