From today, people in a Rotorua suburb can apply to take part in a make-or-break trial of a Covid contact tracing card. 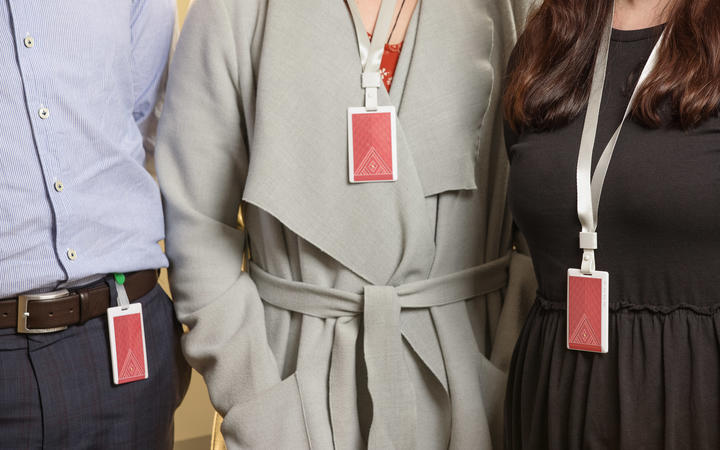 Health officials are hopeful the tracing tool will cope with real life conditions, such as a party or busy cafe, after so far only being trialled in controlled conditions.

The Ministry of Health is undertaking a trial of up to 1500 adults in Ngongotahā who carry the card for a week.

The credit card sized Bluetooth technology needs to be worn on a lanyard or attached to a belt. It should record a signal if two cards come within a few metres.

They are recorded as close contacts if they are within two metres of each other for at least 15 minutes.

Government papers have said the Bluetooth technology can struggle to measure distance, which may confuse close and casual contacts.

The Deputy Director-General of Health, Shayne Hunter, said it does works in controlled conditions – but the real world is where its needed.

“We really need to understand how it would work where it’s not overly designed and controlled, [when] it’s really people getting on with their lives, and understanding will they use the card, how do they use the card, does it gives us the information we need, and will it ultimately make the difference with contact tracing.”

There are also limitations if the card is used in the wrong way – such as being in a wallet – not to mention some people not using it at all. Also in doubt is how it’ll behave in a crowded situation like a party, or a pool or the beach.

To be effective, three out of every four people would need to use the card.

However when used correctly cards have been shown to record more close contacts than people can recall – and crucially, doesn’t require a smartphone.

“It’s another tool in the tool box. Tracing is really the key thing and all of the technology and tools are designed to speed that up. It’ll never replace the contact tracing process,” Hunter said.

The Ministry is developing the trial with help from Te Arawa and their Covid-19 response team.

Spokesperson Monty Morrison said Ngongotahā ended up being chosen as a trial area for a few reasons, including the fact that many elders don’t have a smartphone, and therefore can’t check in with the Covid-19 Tracer app.

Rotorua Mayor Steve Chadwick said Te Arawa has contributed hugely and should have no trouble getting a thousand or so people to take part.

“Seeing the leadership from [Sir] Toby Curtis and Monty Morrison, it shows how invested Te Arawa is in helping find something that might help us as we learn to live with Covid. I’m sure they’ll get the numbers to engage, too.”

The card being used is not the same CovidCard put forward by businessman Sam Morgan and others earlier this year. That group ended up walking away from conversations with the Ministry.

One of that team, Ian Taylor, said carrying a card fits well with how humans typically act.

He said a card would increase equity in the health response to Covid because it works effectively and digitally for people who don’t have a smartphone.

People who live or work in Ngongotahā from today can sign up to take part in the trial, which runs for a week.

If successful, the government could then look to roll it out across the country.