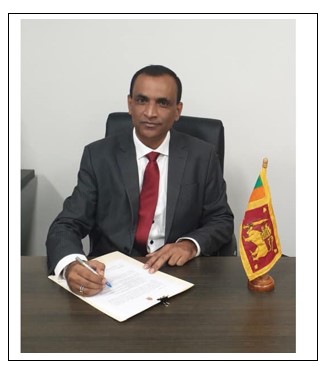 M.H.M.N. Bandara assumed duties at the Consulate General’s Office in Sydney on 16 October 2019.
He was successfully being established in Sydney within that short period, coming to know the Sri Lankan community, attending many of the functions organised by the various groups and associations.

I am happy that he attended my 90th birthday bash, which I appreciate very much Mr. Bandara.

Before the assumption of duties, the Consul General and staff observed the religious observances conducted by Ven. Katugastota Soma Thero and Ven. Polgahawela Anandamaithri of Catai Temple in Sydney.

That signifies the mind and the credibility of the person with a religious background getting the blessings of the Triple Gem before he commenced working in his official duties.

He was a friendly, amiable, and approachable person, ever willing to help the community in his capacity with sincerity and we are unfortunate to see him leaving us to accept an appointment in Cyprus.

Of course, we heard that he was asked to continue in Sydney as deputy Consul General, but he preferred to be appointed as Consul General in another country.

Mr Bandara, we are deeply sad you are leaving us.

We wish you, all the best in your new appointment, and keep in touch with us. We will always remember you as a most friendly amiable Consul General who served in your position most efficiently in Sydney. Lots of Sri Lankans will agree with me.