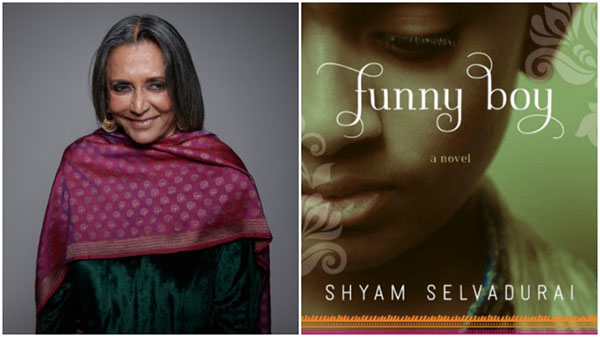 I am delighted to be able to report that the iconic Oscar nominated Canadian film-maker Deepa Mehta’s latest film, an adaptation of Shyam Selvadurai’s novel Funny Boy, will premiere on Netflix in the first week of December.

The rights to the movie have just been bought by Ava DuVernay’s ARRAY Releasing,

Shyam Selvadurai‘s debut novel was published in 1994 and set in Sri Lanka during the turbulent nineteen seventies and eighties. It opened up new ground in its portrayal of the sexual awakening of a young boy Arjie (portrayed as a small child by Arush Nand and as a teenager by Brandon Ingram). It is said that Arjie is a semi-autobiographical representation of Selvadurai himself.

“The book” observes Mehta, “is over 25 years old, but I thought it was completely relevant, and perhaps more relevant today than it was even 25 years ago,”

Funny Boy was shot on location in Sri Lanka and is set during the time that political and racial tensions between the majority Sinhalaese and minority Tamils were simmering – and just beginning to escalate and erupt into the racial riots of July 1983. The consequence of this violence led to Sri Lanka’s bloody 26-year civil war.

At its heart, Funny Boy is a personal story about a young man coming to terms with his gay identity in what still is largely a hetero-normative society, but the film also presents a nuanced portrayal of the bitter conflict between the Sinhalese and Tamils. “It’s too easy to make somebody totally bad, or somebody totally good” observes Mehta. “Life is far more complicated than that and anyone affected in any civil war of any kind is actually a victim.”

When asked the question as to the reason for stories out of Sri Lanka rarely entering the mainstream or even the arthouse festival circuit, Mehta says preconceptions about Western tastes prevent some art films from even getting off the ground.

“There’s this sense that if the film isn’t French enough, or German enough, then it’s not going to be accepted,” says Mehta. “It won’t get into Cannes; it won’t get into Sundance. It has to be a particular kind of gaze, which is a white gaze.”

Mehta was not originally intending to release Funny Boy on Netflix. “The film” she says philosophically, “was made for cinemas. It was initially planned to premiere at the Toronto International Film Festival in September, play the festival circuit and then receive a theatrical release – but the COVID pandemic put paid to those plans.”

“When DuVernay rang up”, says Mehta “it was like a marriage made in heaven.”

“Funny Boy” will debut on Netflix in the U.S., U.K., New Zealand and Australia on Dec. 10. It will also receive theatrical release in Canada and select cities throughout the U.S. that month.