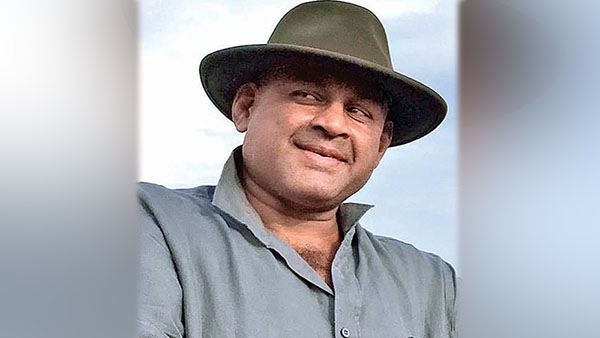 It was Ikram Odayar a top class boxer and ruggerite of Trinity College, who introduced rugby to Thalathuoya Central. He was a versatile all-rounder who was a top player and a coach. He coached Trinity College and gave up coaching in 2001 when the team’s performance was at its peak.

Ikram was the youngest Trinitian to win the Trinity Lion in 1981, at the age of 14, for Boxing. He won the rugby Lion in 1986. He played for Trinity in 1984 and 1985 under D. Wijesinghe and Manoj Jayatissa and in 1985 was the vice captain.. In 1983 he played for the team which toured overseas under the captaincy of Ashan Ratwatte.

Ikram played and led the outstation schools rugby team and also led the Sri Lanka Youth team in1986. He later played for Kandy Sports Club and from there he took up planting and played for Dickoya MCC, Dimbula ACC, Uva, Up- Country and CR & FC. He played for the country in the 1990 Asiad under Priyantha Ekanayake as flanker.

Ikram is a double Lion, his brother Reeza too played for Trinity and later for Kandy Sports Club and Havelocks SC. His father, Uvais Odayar, was a top class ruggerite during his school days in mid 1950s and later played for Kandy Sports Club and clubs like Uva, Dimbula and Dickoya. He had the privilege of playing for Ceylon in 1959 against the Oxford-Cambridge team. They may be the first father and son from Trinity to play for the country.