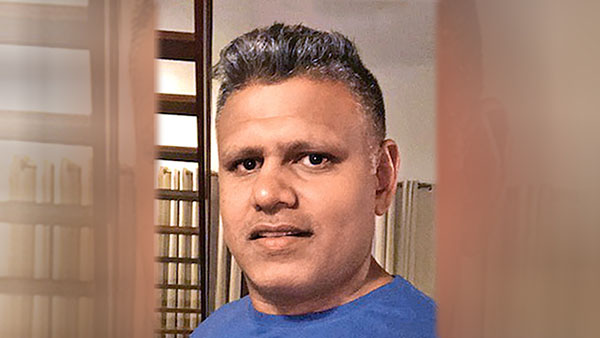 Kapila Silva, an Old Boy of Isipathana Vidyalaya, Colombo is a National Rugby player and Administrator. He started his Rugby career under the guidance of Kelum Gunaratne, a veteran Rugby Coach. Kapila Silva’s team- mates were Vajira Hewage, Amith Rasanga and Shamly Nawaz to name a few. While in School he played as second row forward and played for CH and FC in two matches.

After his Rugby career as a player, in 1998 he was appointed as the Team Manager of the Kandy Sports Club which helped him climb the ladder of success. He was a capable Manager who was hard working, dedicated and honest and instructed the players of the Rugby team of the necessary nourishment etc.

He was experienced enough to maintain the Nittawela Rugby Grounds in top condition. Due to his dedication for the services of the Club he was appointed as the General manager of the Kandy SC from the year 2020. He is grateful to Malik Samarawickrema for the assistance received to become a National player and an Administtrator of the Champion Kandy SC.