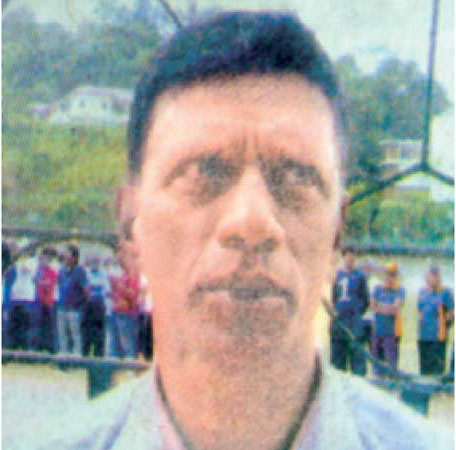 Athletic star, Ranjith Aluvihare represented Sri Lanka at the Moscow Olympics in the year 1980. So far he is the only Athlete who has taken part in the Olympics from Matale District.

An old boy of St.Thomas’ College, Matale Ranjith Aluvihare was a Champion Athlete in School from Under 10 to under 19. His pet events were 100, 200 and 400 metres.

His Athletic career spanned over 50 years. During this period he was active in Athletics as well as coaching boys and girls of Matale District in athletics.

As a competitor he participated at the Moscow Olympics in the 4 x 400 Relay along with Kosala Sahabandu, A. Premachandra, K.T.M.Perera and S.V.A. Dharmasena (Reserve). He won a Silver Medal at the 400 Metre Race at the South Asian Games held in Kathmandu in 1984. This event was won by his fellow countryman, Ruwan Chandrathilake.

After joining the Ministry of Sports in 1985 he produced so many outstanding Athletes and among them were P.K.Aluvihare, who broke the Sri Lanka Record in Javelin Throw when he threw the Javelin for a distance of 73.62 Metres at the National Athletic Meet erasing the existing record of 71 metres. Sarath Kumara came third at the Marathon Race in the year 2000. Upamali Ratnakumari set a National and South Asian record in 400 metre Race and Medani Wickremanayake of Sangamitta School,Matale won the 100 metres for girls at the National School Games in 2005.

Ranjith mentioned that when he represented Sri Lanka with his team at the Moscow Olympics they did not have time to get used to the cold climate of the country and could not do well as expected. At present Ranjith is retired from Government Service after 30 years and is training athletes in the city of Matale.