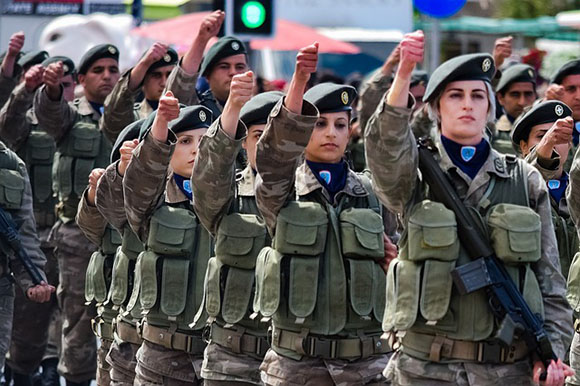 Life in the Army was sent to me by one of my friends, who also thrives on good comedic material. Arthur Speldewinde, needs no introduction at all, especially to us Burgher buggers from Ceylon then, Sri Lanka, now. I had to share this true story with thousands of eLanka members and readers, all over the World.

This is, as I often say, on FB. etcerera,

“Especially for you”. Please read it and have a bit of a chuckle.

Life in the  Australian Army..

Text of a letter from a kid from Romagna to Mum and Dad. (For Those  of you not in the know, Romagna is a  small town, west  of Quilpie in the far south west of Queensland ) I  am well. Hope youse are too. Tell me big  brothers Doug and Phil that the Army is better  than workin’ on the station – tell them to get  in bloody quick smart before the jobs are all  gone! I wuz a bit slow in settling down at  first, because ya don’t hafta get outta bed  until 6am. But I like sleeping in now, cuz all  ya gotta do before brekky is make ya bed and  shine ya boots and clean ya uniform. No bloody  horses to get in, no calves to feed, no troughs  to clean – nothin’!! Ya haz gotta shower though,  but it’s not so bad, coz there’s lotsa hot water  and even a light to see what ya doing!

At brekky ya get cereal, fruit and eggs  but there’s no kangaroo steaks or goanna stew  like wot Mum makes. You don’t get fed again  until noon and by that time all the city boys  are buggered because we’ve been on a ‘route  march’ – geez its only just like walking to the  windmill in the bullock paddock!!

This one will kill me brothers Doug and Phil with  laughter. I keep getting medals for shootin’ –  dunno why. The bullseye is as big as a bloody  dingo’s arse and it don’t move and it’s not  firing back at ya like the Johnsons did when our  big scrubber bull got into their prize cows  before the Ekka last year! All ya gotta do is  make yourself comfortable and hit the target –  it’s a piece of piss!! You don’t even load your  own cartridges, they comes in little boxes, and  ya don’t have to steady yourself against the  rollbar of the roo shooting truck when you  reload!

Sometimes ya  gotta  wrestle with the city boys and I gotta be real  careful coz they break easy – it’s not like  fighting with Doug and Phil and Jack and Boori  and Steve and Muzza all at once like we do at  home after the muster.
Turns out I’m not a  bad boxer either and it looks like I’m the best  the platoon’s got, and I’ve only been beaten by  this one bloke from the Engineers – he’s 6 foot  5 and 15 stone and three pick handles across the  shoulders and as ya know I’m only 5 foot 7 and  eight stone wringin’ wet, but I fought him till the other blokes carried me off to the boozer.

I can’t complain about the Army – tell  the boys to get in quick before word gets around  how bloody good it is.