Home  ⁄  Article  ⁄  eLanka | 27-year-old Gauravdeep Singh Narang was on his way home after finishing his day’s work as a food delivery driver when he died in a tragic car crash in Melbourne last week.
Sep 13, 2020 Posted by nzuser In Article Comments 0

Those are the words a heartbroken man has used to describe his “baby brother”, whose life was tragically cut short after a double fatal accident in the south-western Melbourne suburb of Point Cook on 5 September.

Gauravdeep was one of the two people killed in the crash that night. The other one was a 21-year-old man from Truganina.

According to Victoria Police, a silver Nissan Skyline and a white Hyundai Accent collided at the intersection of Palmers Road and The Strand around 10.55 pm on Saturday.

In a statement to SBS Punjabi, a police spokesperson said the investigation remains ongoing. 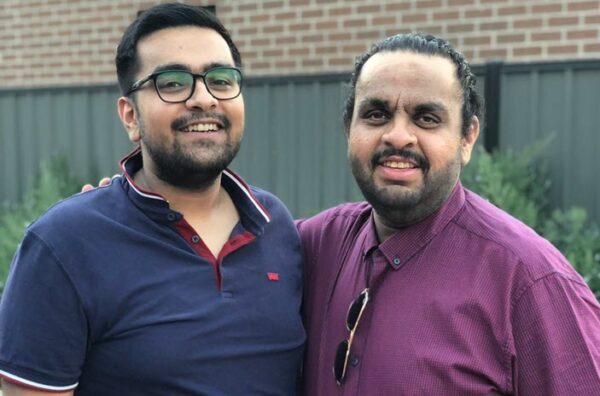 ‘He had a promising future ahead’

Inconsolable after losing his younger brother, Hardip Narinder Singh Narang who lives with his wife and daughter in Melbourne said his brother was returning home after his last round of delivery when the collision took place late last week.

“I last spoke to him at around 10 pm that night. I remember asking him to come home as it was getting late. And he told me, let me make another $10 and I will return and have dinner, but he never returned. The police came to our house at 7 am the next morning with this tragic news,” he said.

Recalling his brother’s life and aspirations, the 35-year-old said Gauravdeep had come to Australia two years ago with a dream to become a professional chef and a plan to eventually move their elderly parents from Mumbai to settle in Australia.

“Gauravdeep came to Australia in December 2017 to become a professional chef. He had just completed his studies and had received his 485-visa last week. He was working as an Uber Eats delivery driver and had decided he would look for a job in his field once the COVID situation subsided,” he said. 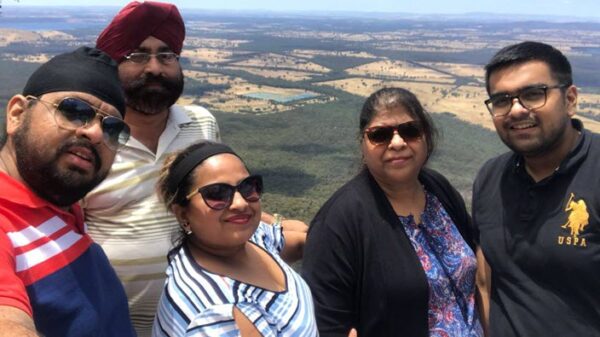 Gauravdeep Singh with his family.

Mr Narang said Gauravdeep was their parents’ means of support.

“I was looking after my family and he would support our parents. Two years ago, we thought it was time to shape his future. Little did we know that a tragedy would cut his life short.

“My elderly mother who has paralysis has gone into a shock and is currently fighting for her life at a hospital in Mumbai. We are just praying to God and we hope he averts another tragedy in the family,” he added.

Mr Narang said his younger brother was a “perfectionist and a stickler for rules.”

“He was an amazing person. His teachers have been calling me and saying that he was one of a kind student who had a lot of potential and would have achieved great heights had he lived.”

The grief-stricken family has now set up a GoFundMe page to raise money to enable Mr Narang to repatriate Gauravdeep’s ashes to his parents in India, who cannot travel to Australia because of their old age, health conditions and COVID-19 induced travel restrictions.

“We are raising money because I am now the sole breadwinner of the family and don’t have the means to support everyone on my salary as a chef here. I also have to repay Gauravdeep’s education loan and support my elderly parents emotionally and financially,” he said. 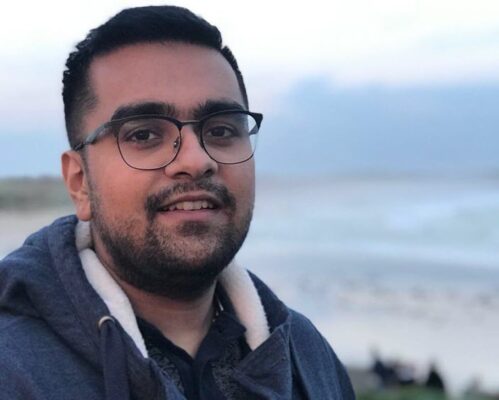 The fatalities have taken the state’s road death toll to 152 this year.

Police are appealing for witnesses, or anyone who may have dashcam vision or CCTV of the cars prior to the incident, to come forward.

Anyone with information is asked to call Crime Stoppers on 1800 333 000 or submit a confidential report a www.crimestoppersvic.com.au

Click on the player in the lead image to listen to the interview in Punjabi.

Metropolitan Melbourne residents are subject to Stage 4 restrictions and must comply with a curfew between the hours of 8 pm and 5 am.

The only reasons for Melbourne residents to leave home during these hours are for exercise, to shop for necessary goods and services, for work, for health care, or to care for a sick or elderly relative.

The full list of restrictions can be found here.

All Victorians must wear a face covering when they leave home, no matter where they live.
People in Australia must stay at least 1.5 metres away from others. Check your state’s restrictions on gathering limits.

If you are experiencing cold or flu symptoms, stay home and arrange a test by calling your doctor or contact the Coronavirus Health Information Hotline on 1800 020 080. News and information is available in 63 languages at sbs.com.au/coronavirus